I’m very into this blueberry work of art right now. 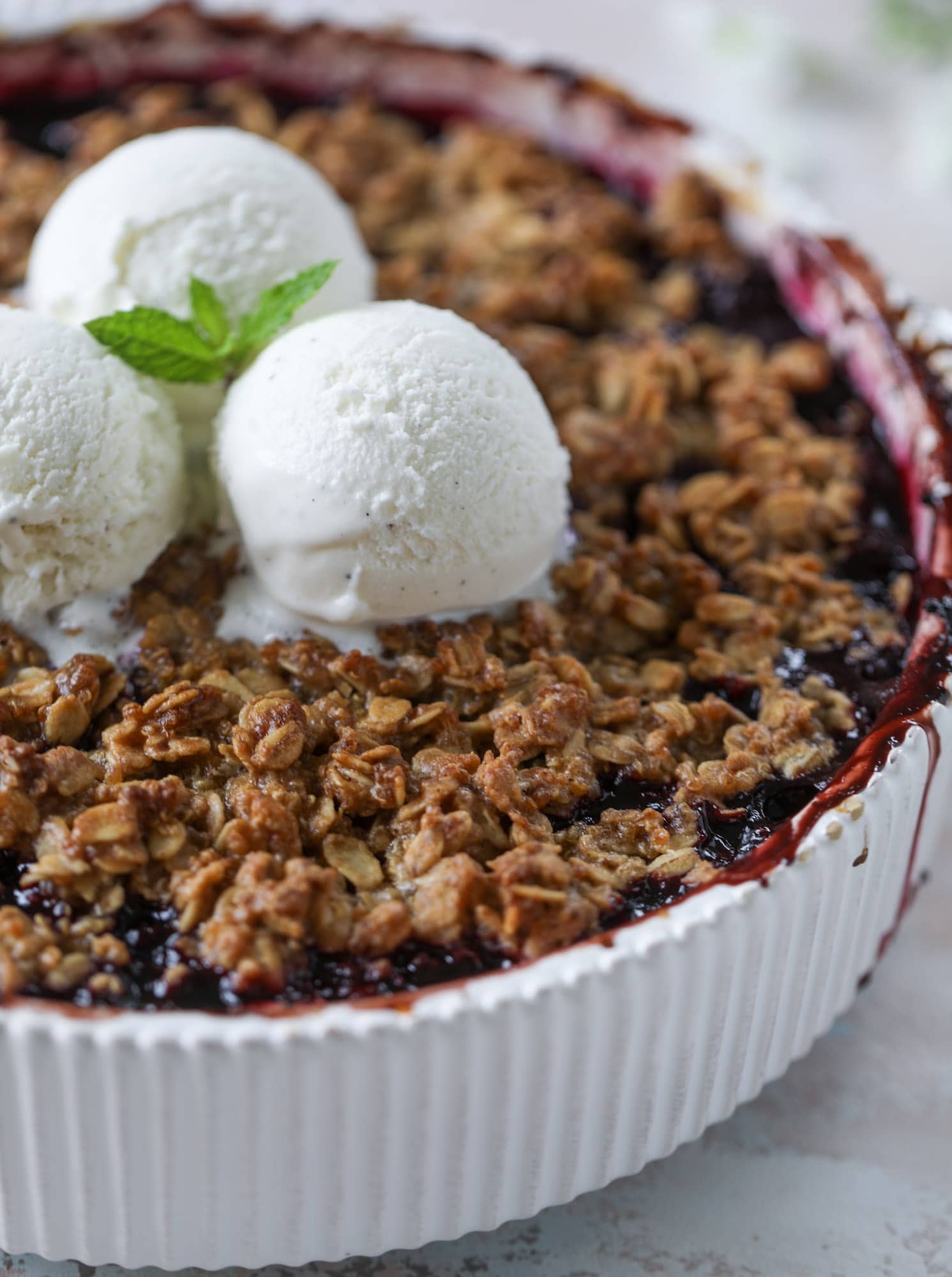 In the past I’ve always asked if you were a cobbler or a crisp or a crumble person. One tends to take precedence over the other depending on how much of a texture freak you can be. As it turns out, I’ve turned into all three.

I made a cobbler two weeks ago and I’m sharing a crumble in another week, so today: we’re in the crisp zone. The blueberry crisp zone to be exact. 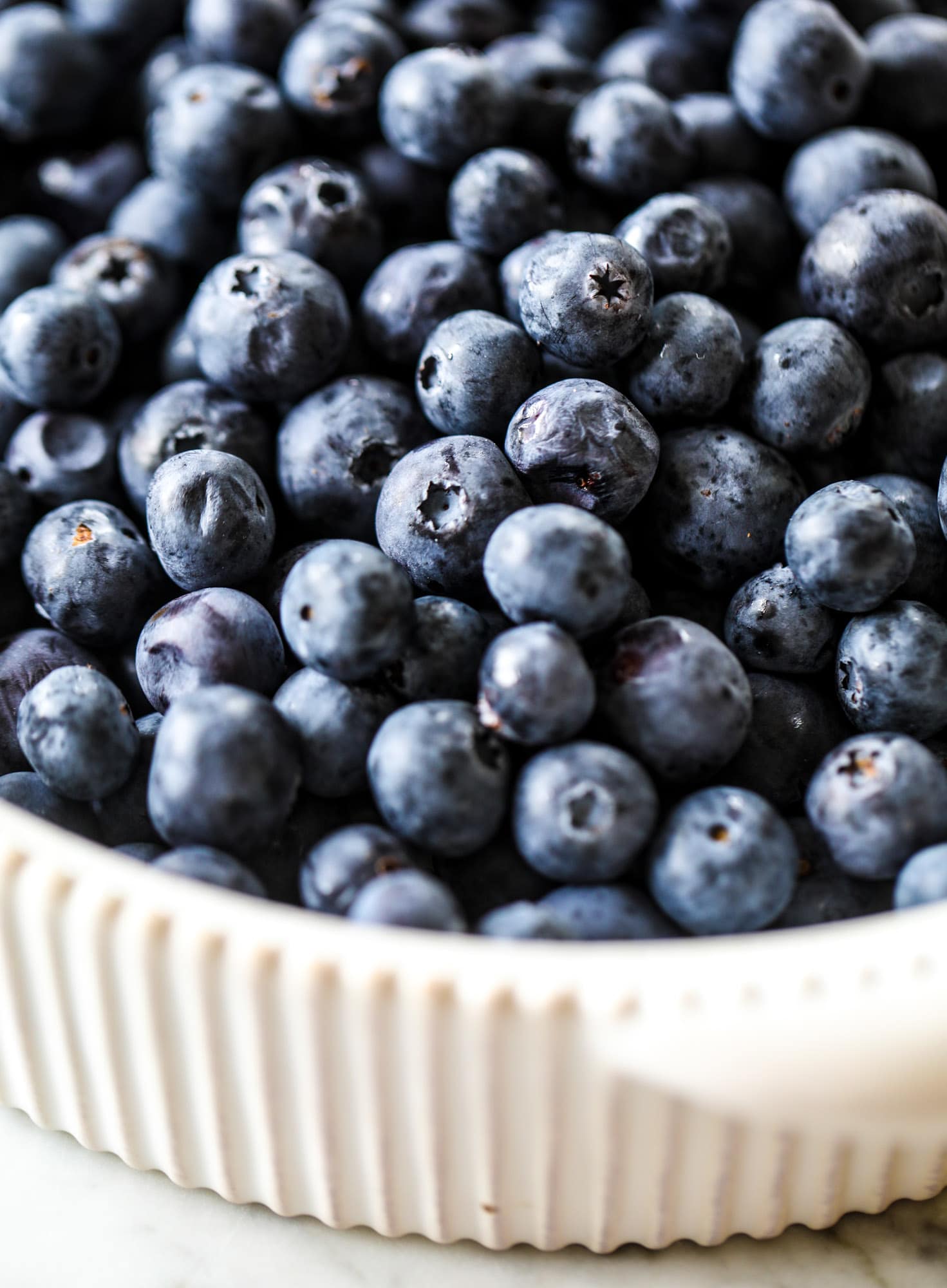 And I did something weird. WELL.

If you want to consider adding quinoa “weird.” Then I did something weird. 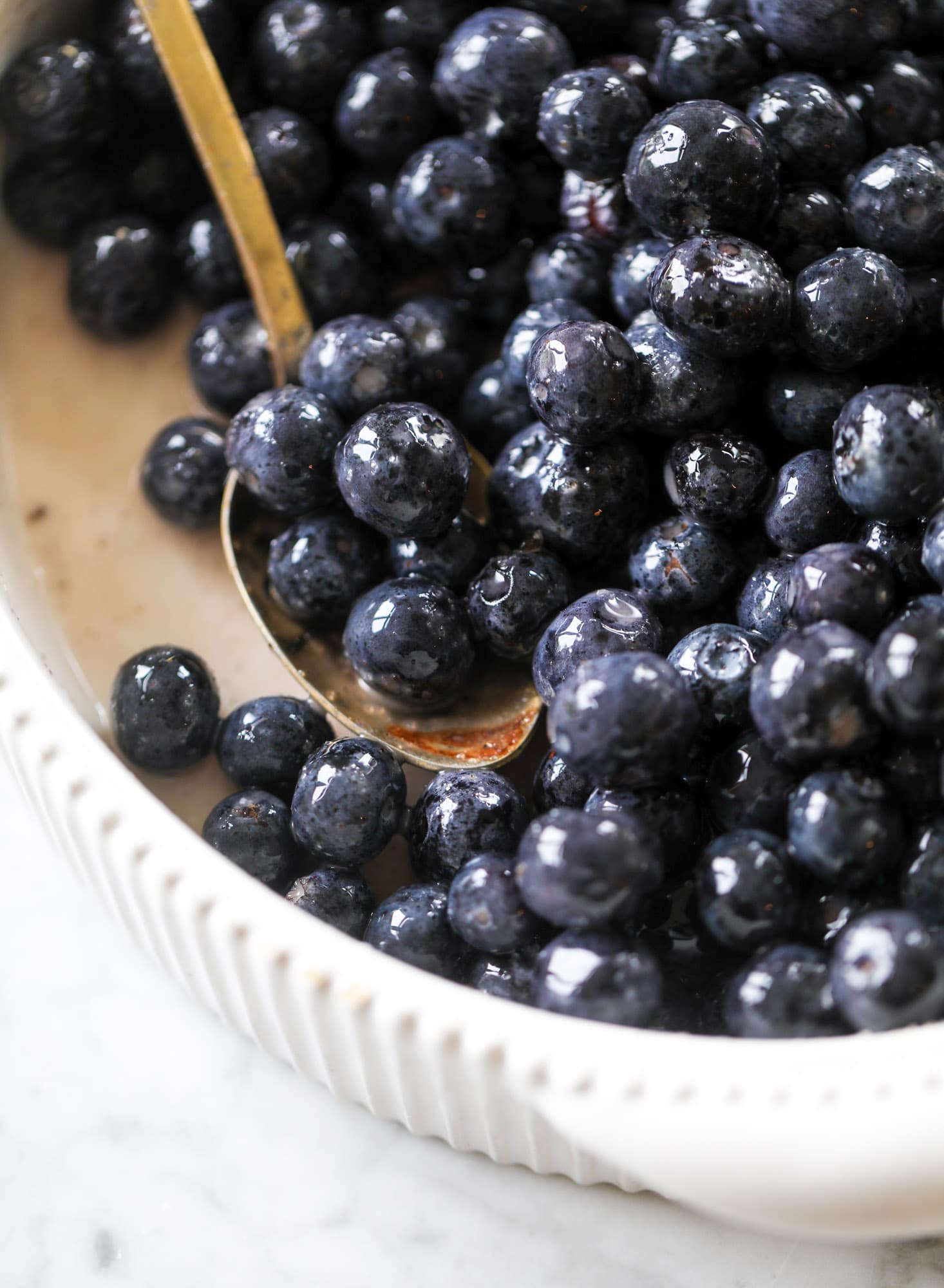 I consider it to be “smart” (and apparently need quotation marks?) because now there is absolutely no excuse as to why we can’t eat this for breakfast. Seriously.

There are blueberries, rolled oats AND quinoa in this dish so if you’re not throwing ice cream on top (HEY IT’S SUMMER) at 8am on a Saturday, how are you even living life in July? 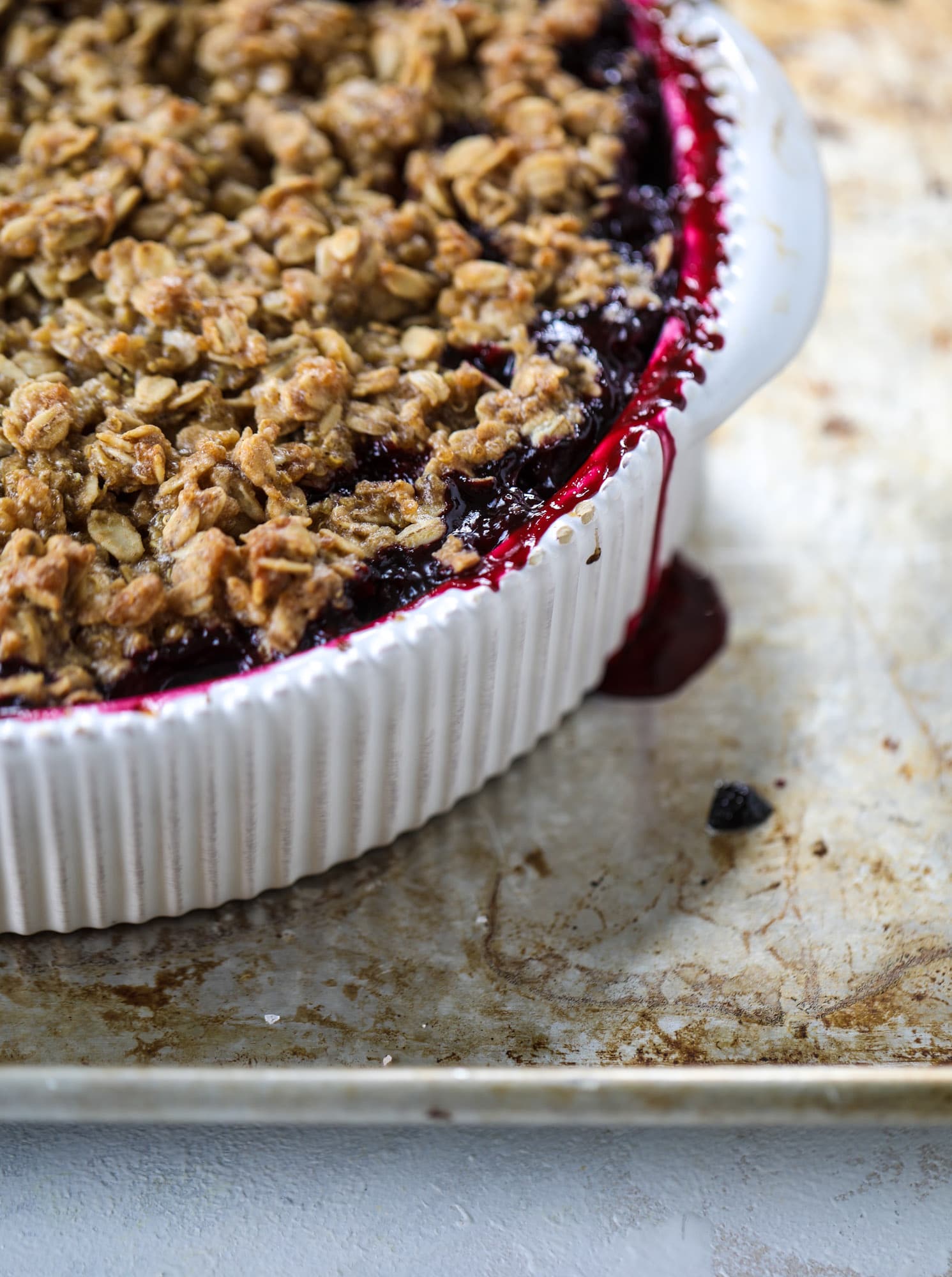 There’s been a few blueberry crisps in my day but did you know that you can put QUINOA in a crisp?! It adds texture in the most fabulous way. It tastes like a legit crisp but occasionally chewy oatmeal cookie.

With one very important tweak: no raisins.

Because they are the worst and there is nothing more terrible than a raisin masquerading as a chocolate chip in my cookie. 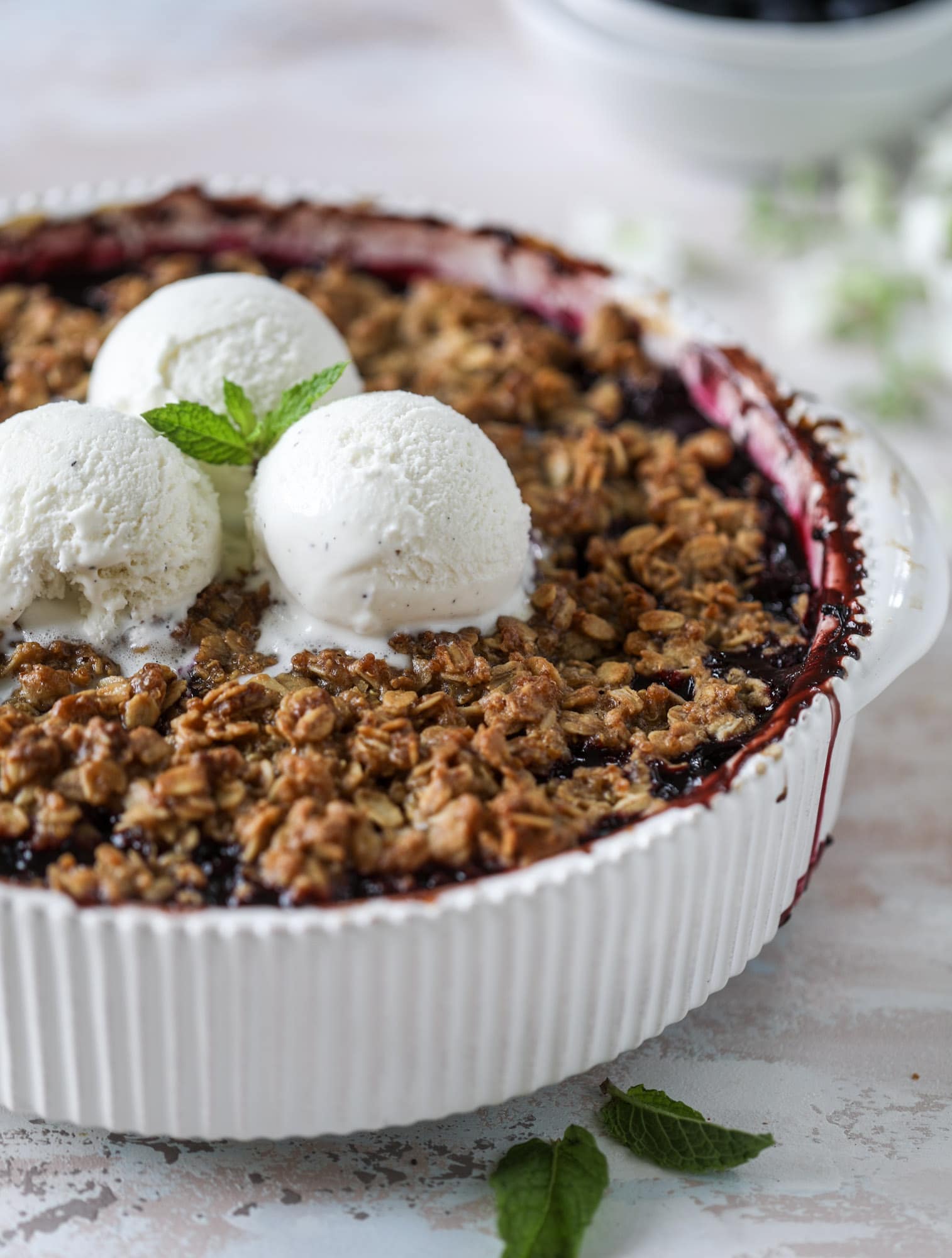 Back to the quinoa though. I used cooked quinoa – this is an awesome idea if you have some leftover. However! I’m no stranger to toasted quinoa and you could totally use that too. 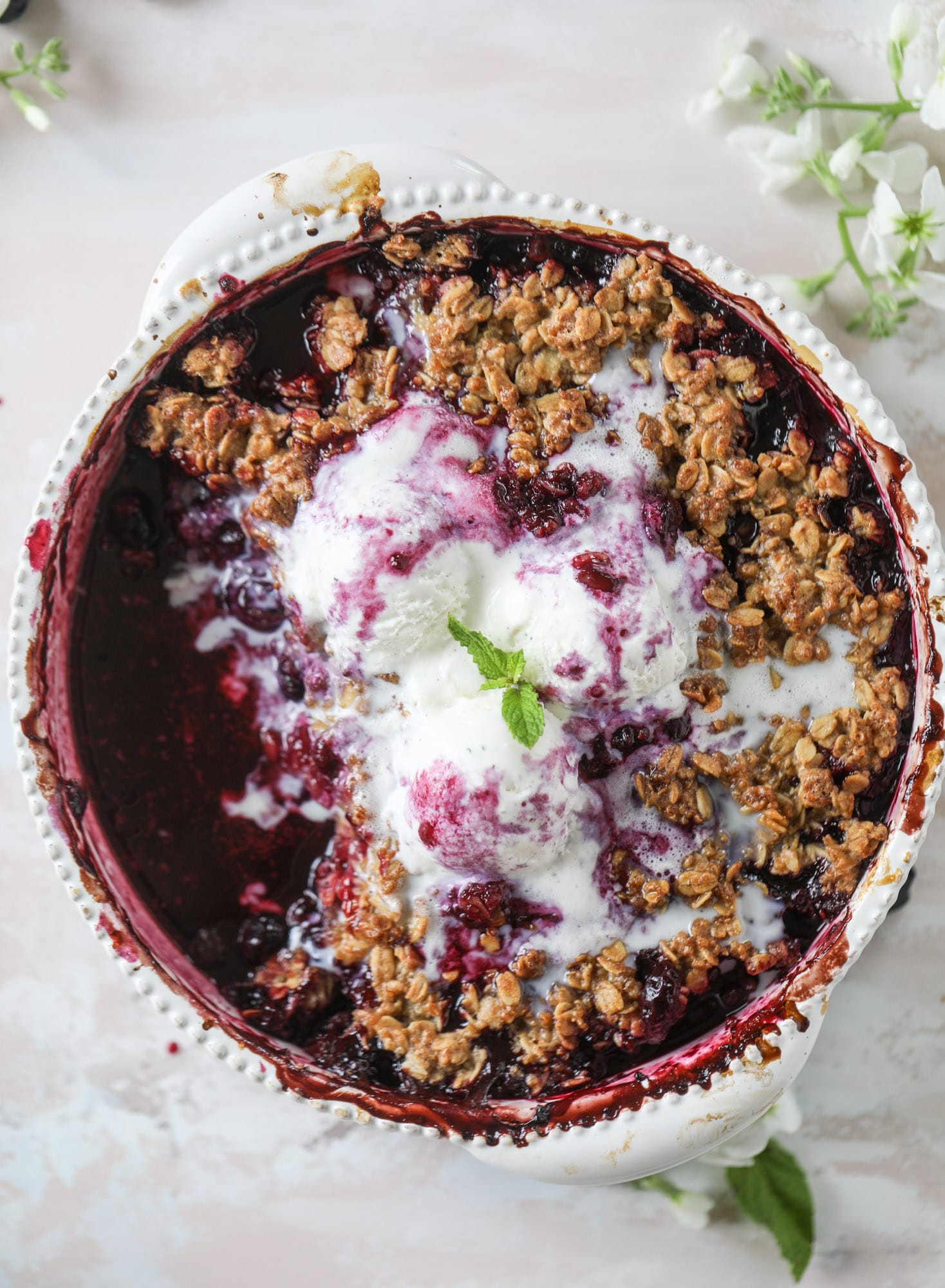 The reason that I love a good crisp is because the topping is, well… crispy. Not so much crispy, but it definitely has more texture than a cobbler and I’ll do just about anything for some crunch.

With blueberries in season, I knew there couldn’t be a more perfect dessert (eh, maybe blueberry pie?) than said crisp. And I also went above and beyond and threw some vanilla beans in with the blueberries. So good. 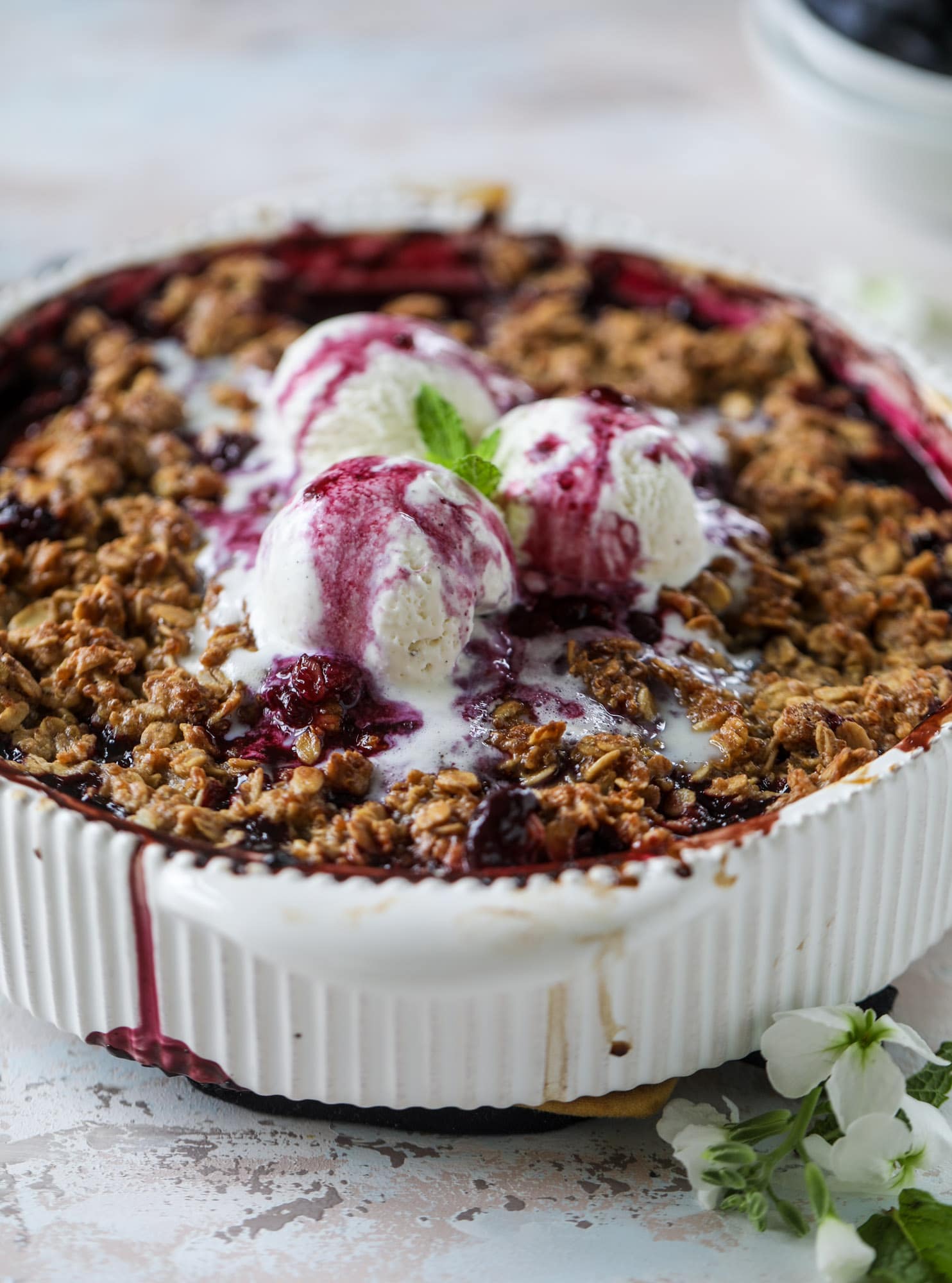 Preheat the oven to 375 degrees F. In a 9-inch round or 9×9 inch square baking dish, toss the blueberries with the sugar, cornstarch abd vanilla beans. Squeeze in the lemon juice and toss again. Set aside for 10 minutes while you make the topping.

In a large bowl, combine the oats, sugar, quinoa, flour, cinnamon and salt. Add in the softened butter and mix until combined. Use your hands to really bring the mixture together and get the butter dispersed evenly. Crumble it over top of the blueberries.

Bake for 40 to 45 minutes, until the top is golden and the blueberries are saucy and bursting. Serve with vanilla ice cream and fresh mint. 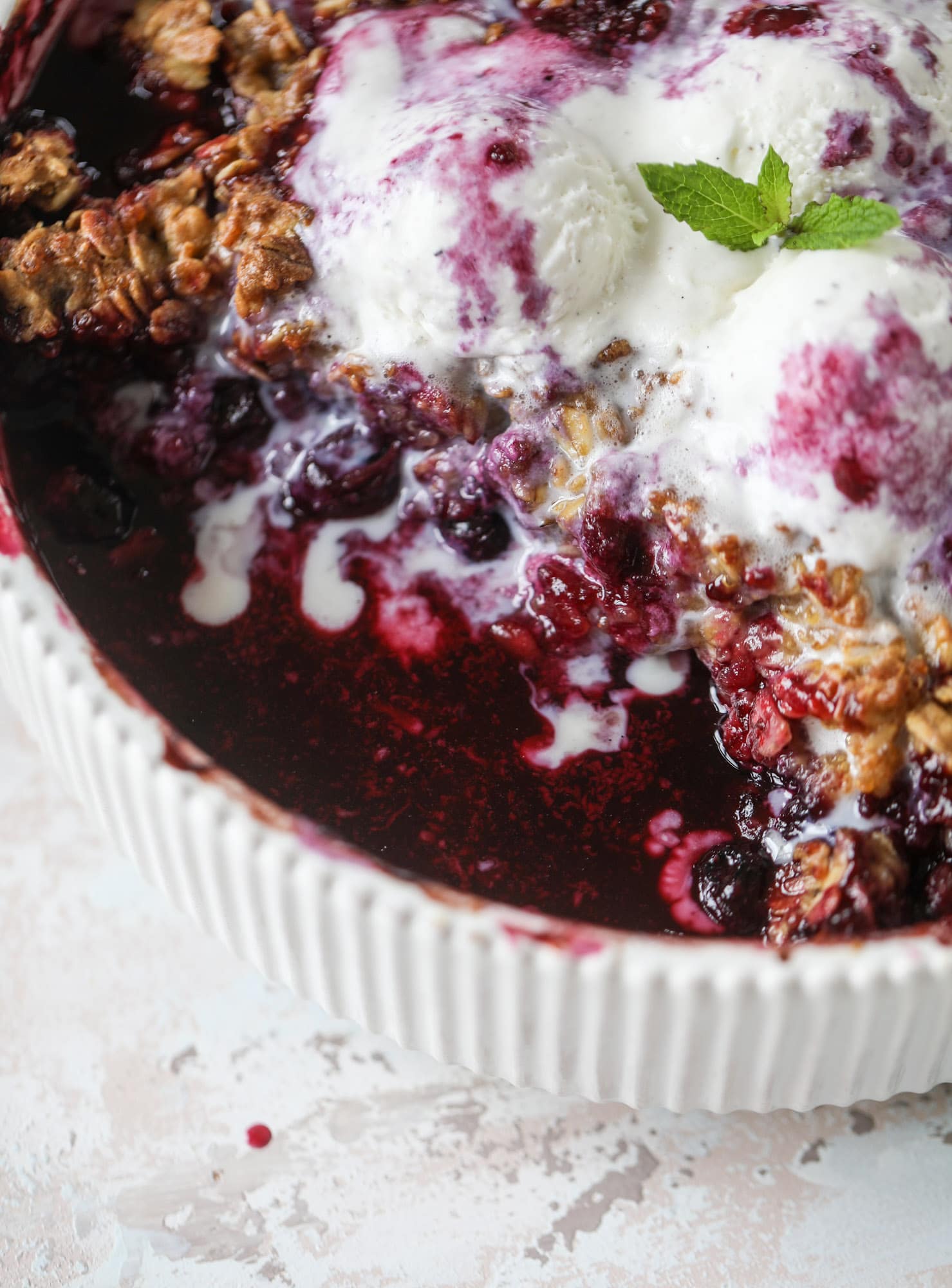 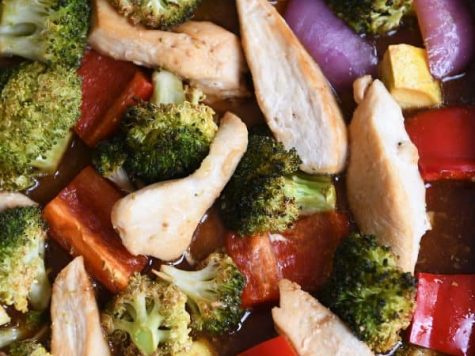 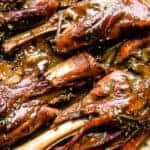 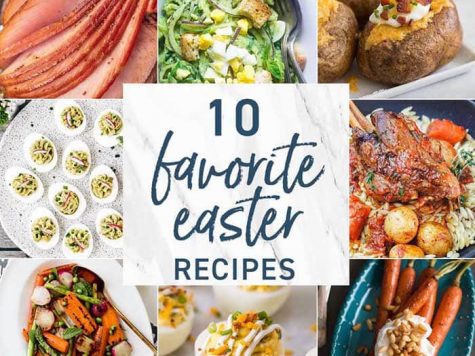 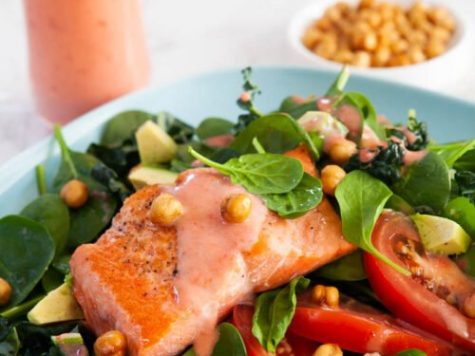