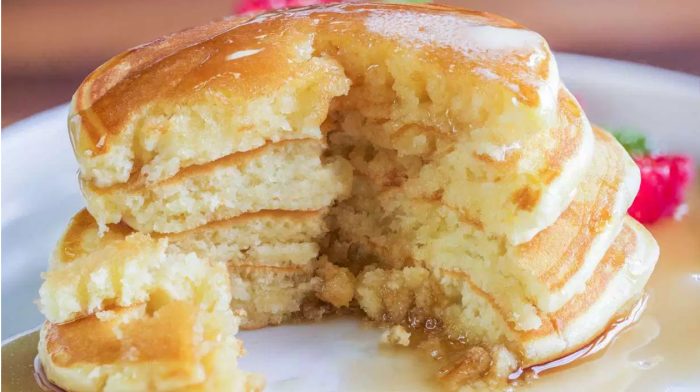 
You know and love the classic American flapjack. But what about these other ten pancakes from around the world?

Food Republic has partnered with hospitality technology platform Reserve to bring its readers new content from the restaurant world. Love to eat? Check out Reserve’s blog, where this post first appeared, for the latest food trends and U.S. restaurant tips.

Sweet, savory, stuffed and sauced: Types of pancakes are as diverse as the stamps in our passports. With so many flavors and kinds out there, trying them all is giving us the perfect reason to want to hop on a plane. Whether you like yours topped with butter and syrup, rolled up with ham and cheese or dipped in soy sauce, there’s a pancake for every palate.

Here are 11 of our favorites from around the world!

Classic
Flapjacks, hotcakes or pancakes: Whatever you know them as, a warm stack of these served with maple syrup, butter, whipped cream or powdered sugar is a common (and delicious) way to start the day in the U.S.

American pancakes are made from a batter that typically includes baking powder to make them thicker and fluffier than other varieties. Considered a go-to breakfast dish, pancakes are often served with sweet toppings and can be flavored with batter mix-ins such as blueberries or chocolate chips.

Crêpes
Head to Europe and you’re guaranteed to come across restaurants, cafés and food carts serving all kinds of crêpes. This very thin pancake is common in France, Belgium and Switzerland. Crêpes can be made with sweet fillings such as Nutella, fruit, chocolate or jam for a dessert-style snack.

They also come in the savory variety with common fillings like ham and cheese, spinach, eggs or other meats. Just when we thought crêpes couldn’t get better, they can also be folded into a cone-like shape to make on-the-go snacking even easier.

Blini
Further east is Russia’s version of the pancake, the blini. These light, thin pancakes were first considered a symbol of the sun in pre-Christian times and are still eaten during religious occasions today. Blinis are typically eaten with sour cream, butter or caviar. Closely related to the blini is the blintz, which is a thin pancake that is rolled with fruit or cheese and then fried or baked.

Dutch baby
Despite its name, the Dutch baby pancake actually has German origins. This sweet dish is made with eggs, flour, sugar and milk and baked in the oven until puffy and golden. The Dutch baby falls soon after being removed from the oven and is then topped with powdered sugar, cinnamon, jam or lemon. A sweet alternative to your classic short stack, the Dutch baby can often be found in breakfast restaurants across the U.S.

Potato pancakes
Flour isn’t the only star ingredient in most pancakes; many Eastern European cuisines feature potatoes in their versions of this pancake as a staple dish. Potato pancakes are pan-fried and made with batter from grated potatoes, flour and egg.

Topped with sour cream or applesauce, potato pancakes can be eaten for breakfast or as a side dish at lunch or dinner. During Hanukkah, latkes, the Yiddish name for potato pancakes, are eaten in celebration of the holiday.

Injera
Wouldn’t it be great to be able to eat something that serves as plate and utensil at the same time? In Ethiopia and Eritrea, injera is just that! This spongy, round dish is made from teff (a type of grass) flour and cooked on a large clay plate over a fire. When served, injera is placed atop a platter and used to scoop up vegetable and meat stews that are served over it. This staple dish is eaten in many Ethiopian and Eritrean homes as the main meal of the day.

Dosa
India’s version of the pancake, dosa, is commonly eaten for breakfast or as a light meal or snack. Dosa is made from fermented batter consisting of soaked rice and urad dal (similar to lentils). Thin and light like the crêpe, dosa has a crispier finish. These savory pancakes are great on their own but are usually served with sambar, a type of vegetable soup with a tamarind broth, and chutney on the side. They can also be rolled and stuffed with delicious fillings like spiced potatoes and vegetables.

Bing
Also known as “scallion pancakes,” bing are savory delights that make the perfect lunch or snack in China. Bing is made from wheat flour and cooked on a griddle and is considered a common street food and casual snack across the country. Bing can be filled with ground meat, rolled up with duck or pork, or fried with scallions and served with hoisin sauce for dipping. The consistency of bing varies across regions, ranging anywhere from chewy and bready to light and paper-thin.

Jeon
Nearby in Korea is a another versatile pancake known as jeon. Jeon can be made by mixing various meats, seafood or vegetables into an eggy batter and pan-frying. Eaten as an appetizer or side dish, popular kinds of jeon are made with kimchi or green onion.

Okonomiyaki
Japan’s style of pancake, okonomiyaki, is a combination of the words okonomi, meaning “what you like,” and yaki, meaning “grill.” In short, these savory pancakes are a grilled version of whatever you want them to be! Okonomiyaki’s batter is made with flour, root vegetables, shredded cabbage and egg. Depending on where you are in Japan, other ingredients are either mixed into the batter or layered on top after cooking.

No matter what you choose, the final step is to top with Japanese mayonnaise and flavorful okonomi sauce. Add-ins and toppings can include anything from squid to vegetables to pork belly and everything in between.

Bánh xèo
Vietnam’s bánh xèo literally translates to “sizzling cake” and refers to the sound the batter makes when being poured onto a hot skillet. Bánh xèo is made from a batter of rice flour and turmeric, which gives it a gorgeous bright yellow color. These thin and crispy pancakes are often pan-fried with shrimp or pork and bean sprouts and then served with lettuce, fresh herbs and fish sauce on the side. 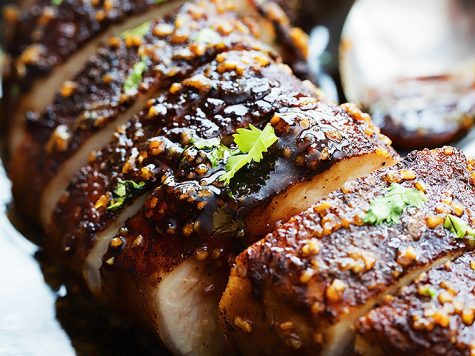 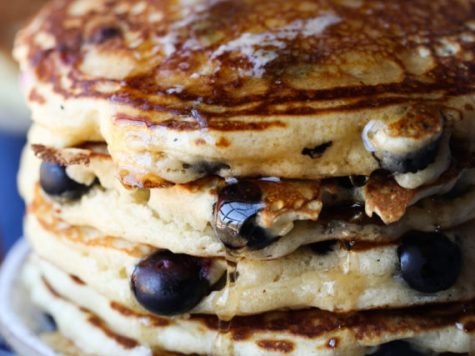 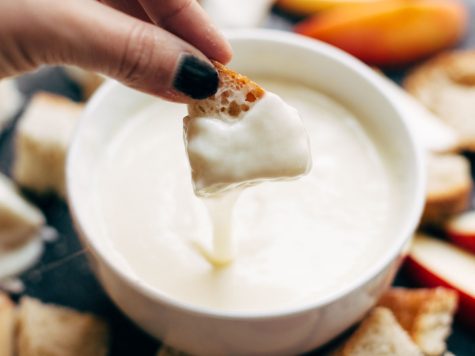 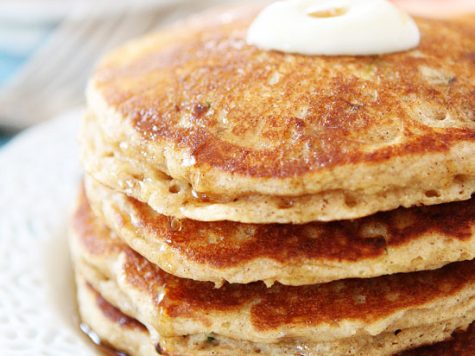