The Molinito announcement was life-changing for Bolita owner Emmanuel Galvan. He grew up helping his mom make tortillas, rolling balls of dough (called “bolitas”) made from masa harina, which his mom pressed into tortillas, but he fell in love with masa after swooning over a tlacoyo in Mexico City five years ago.

“I was at a little stand eating a blue-corn tlacoyo on a corn crate,” he says, “and it was the most intense masa experience I’d ever had. I didn’t know how impactful it would be—the casualness of this really pristine ingredient—and [the experience of eating that masa] was shared with tourists and people who had been coming to the stand for who knows how long.” Not a chef, he had studied social anthropology at the New School in New York City. His only previous experiences of masa freshly ground from nixtamalized corn had been in fine-dining restaurants. But that Mexico City blue-corn tlacoyo moment “democratized masa” for Galvan, who purchased a home gadget called a Nixtamatic in Mexico and began making masa five pounds at a time.

“When Masienda announced they were releasing the Molinito, I was like, I need to get this. I can sell to friends and make tortillas and give them away.”

Today Galvan sells his masa, tortillas, and tlacoyos at CUESA Mission Community Market in San Francisco, as well as on a pre-order basis out of the Alice Collective in Oakland.

“My obsession with masa is beyond masa and different varieties of maíz,” Galvan says. “It’s a reclamation of my cultural identity or lack thereof. I’m relearning a little bit about my culture through masa, learning about all these people who had made nixtamal for hundreds and hundreds of years. It’s three ingredients: water and maíz and cal [calcium hydroxide]. It’s such a beautiful process to see the kernel go from a dry corn to this soft, mushy, wonderful thing.”

Gaviria says Masienda has sold “several hundred” Molinitos in the 20 months they’ve been on offer, and he hopes many more masa-focused businesses are on the way.

Telling the story of masa is hugely important for chef Emmanuel Chavez and his partner Megan Maul, who launched Tatemó in Houston back in 2019. Initially, they conceived Tatemó as a fine-dining restaurant and were about to sign a lease downtown when the pandemic hit. They pivoted, and Chavez started focusing on making nixtamal, grinding it—using a comically modest hand-mill at first—and doing pop-up dinners. A customer gifted a package of Tatemó tortillas to the vendor manager at Urban Harvest Farmers Market, which led to an invitation to sell their tortillas, masa, masa pancakes, chilaquiles, and quesadillas there. 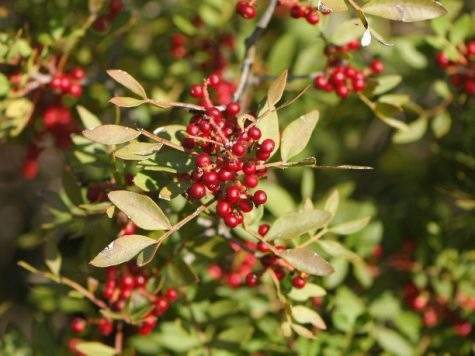 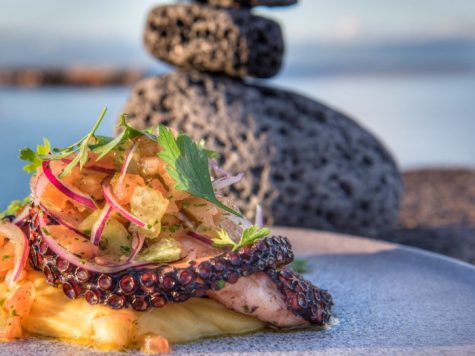