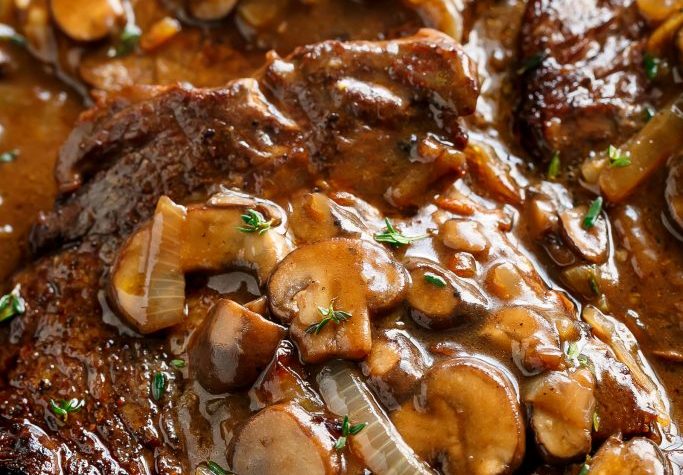 I knew I needed help with my weight, then I found this pill
5012
SHARES
PinShareTweet
Subscribe 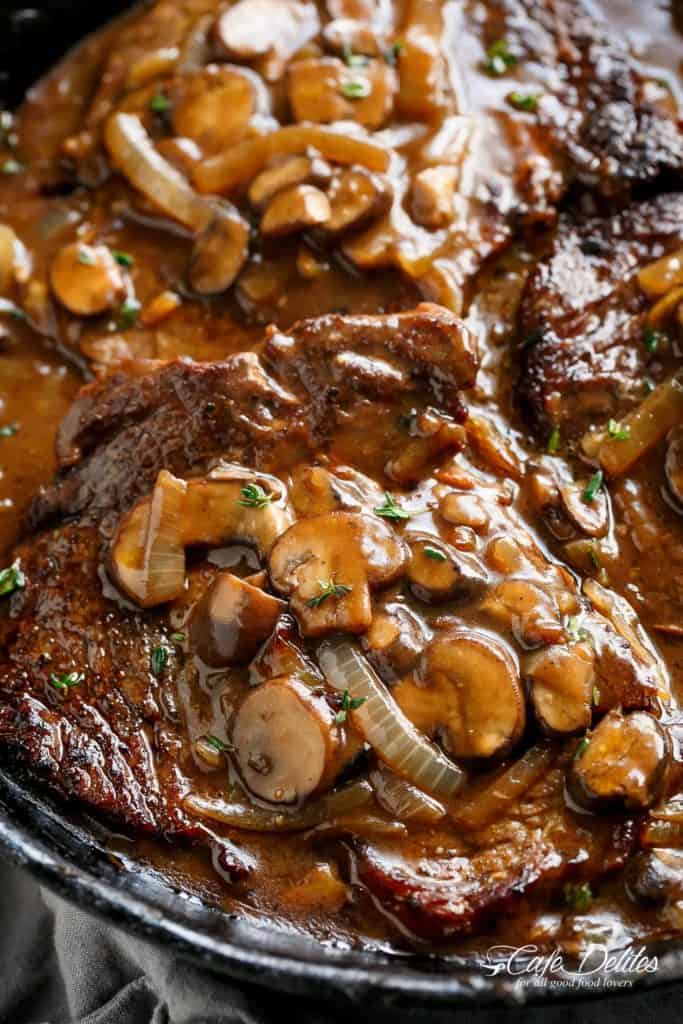 Ribeye Steaks With Mushroom Gravy is simple and delicious with a quick and easy homemade gravy made from scratch!

If you’re a steak and gravy fan, then these juicy seared Ribeye Steaks With Mushroom Gravy sauce are calling your name! The flavours in this skillet are incredible thanks to getting a good sear on these steaks in a hot skillet, letting them rest and whipping up a gravy from scratch in less than 5 minutes! 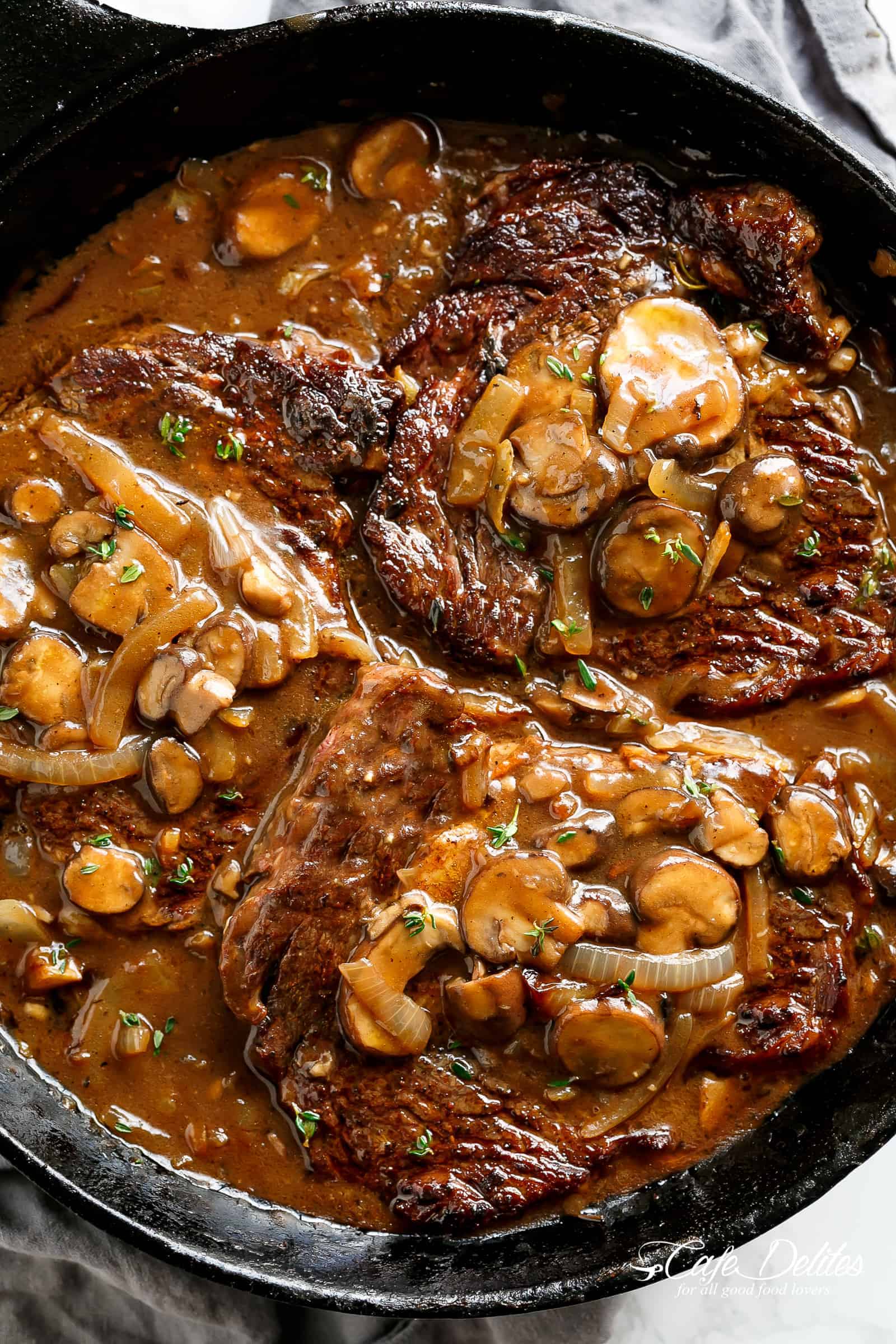 The ultimate dinner! Ribeye is the steak of choice for this recipe, but you can also use New York strip (or Porterhouse), Sirloin or Rump. A good cut of beef, even though expensive, is the best steak to cook with and enjoy eating. They stay tender and juicy, and are not chewy like cheaper cuts more suitable for slow cooking.

I have a confession (to add to the other 5 million on my blog). I was never ever a fan of steak and gravy until I met my husband. Why? I prefer juicy, red, medium-rare steaks…and for me, a perfectly juicy steak does’t need ANYTHING on it. Well, besides a good Chimichurri, of course.

However, my husband on the other hand cannot stand juicy med-rare steaks. I know, I know…the travesty. So, because he loves his pieces of well-done dry/cardboard on a plate, I was forced to make him gravy with every steak dinner. (A travesty, I tell you.) That is until I tried it myself with JUICY medium-rare ribeye steaks of course!

Since then, I changed my mind. Steaks are CRAZY GOOD swimming in a gravy sauce! Especially this Onion Mushroom Gravy with a kick of Worcestershire sauce!

If you’re somewhat of a steak snob like me, this Ribeye Steaks With Mushroom Gravy will absolutely change your mind. 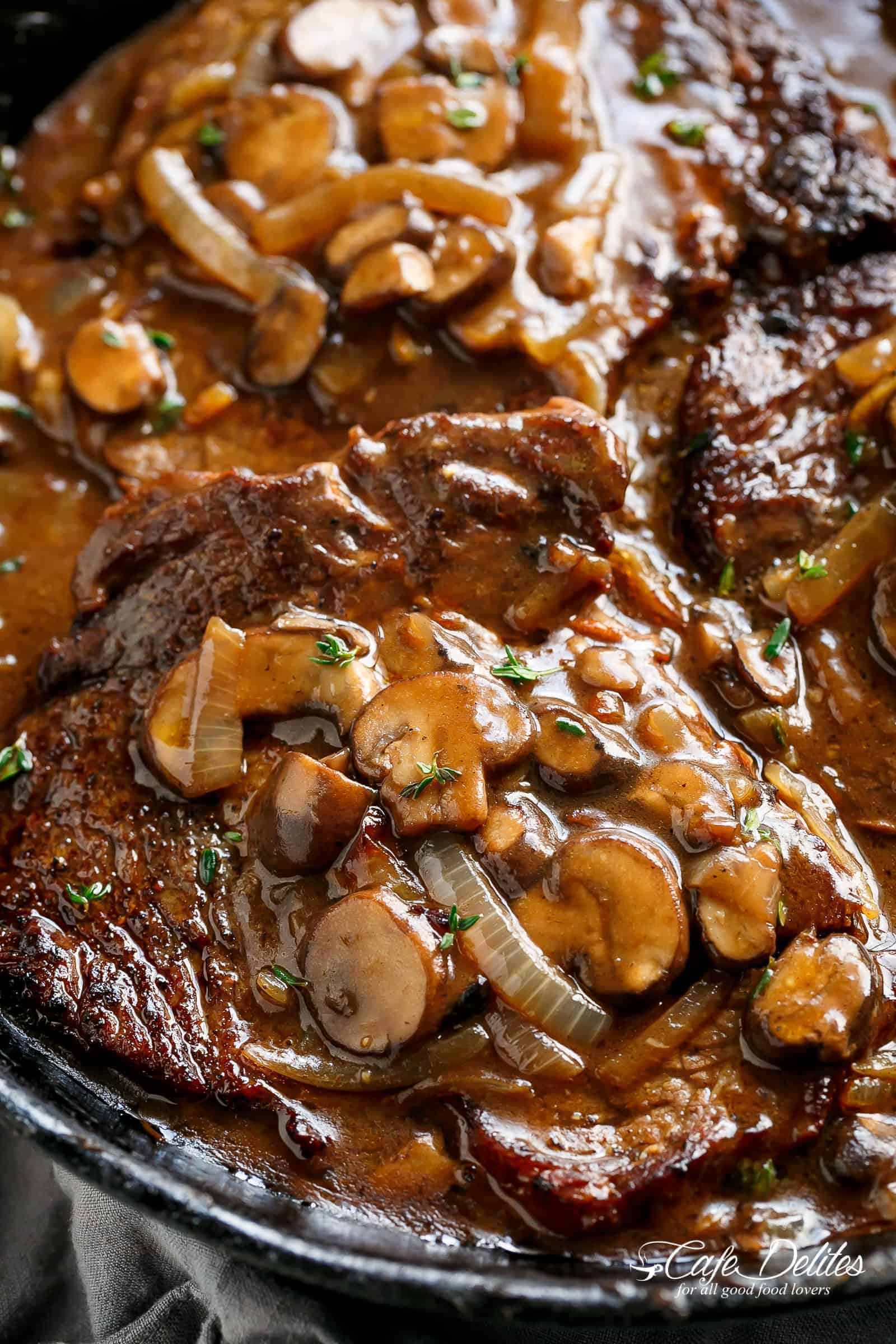 The Perfect Steak And Gravy!

This steak recipe is just as easy as my Garlic Butter Steak & Mushroom Cream Sauce.

How can you tell if a steak is done?

Or use a meat thermometer: 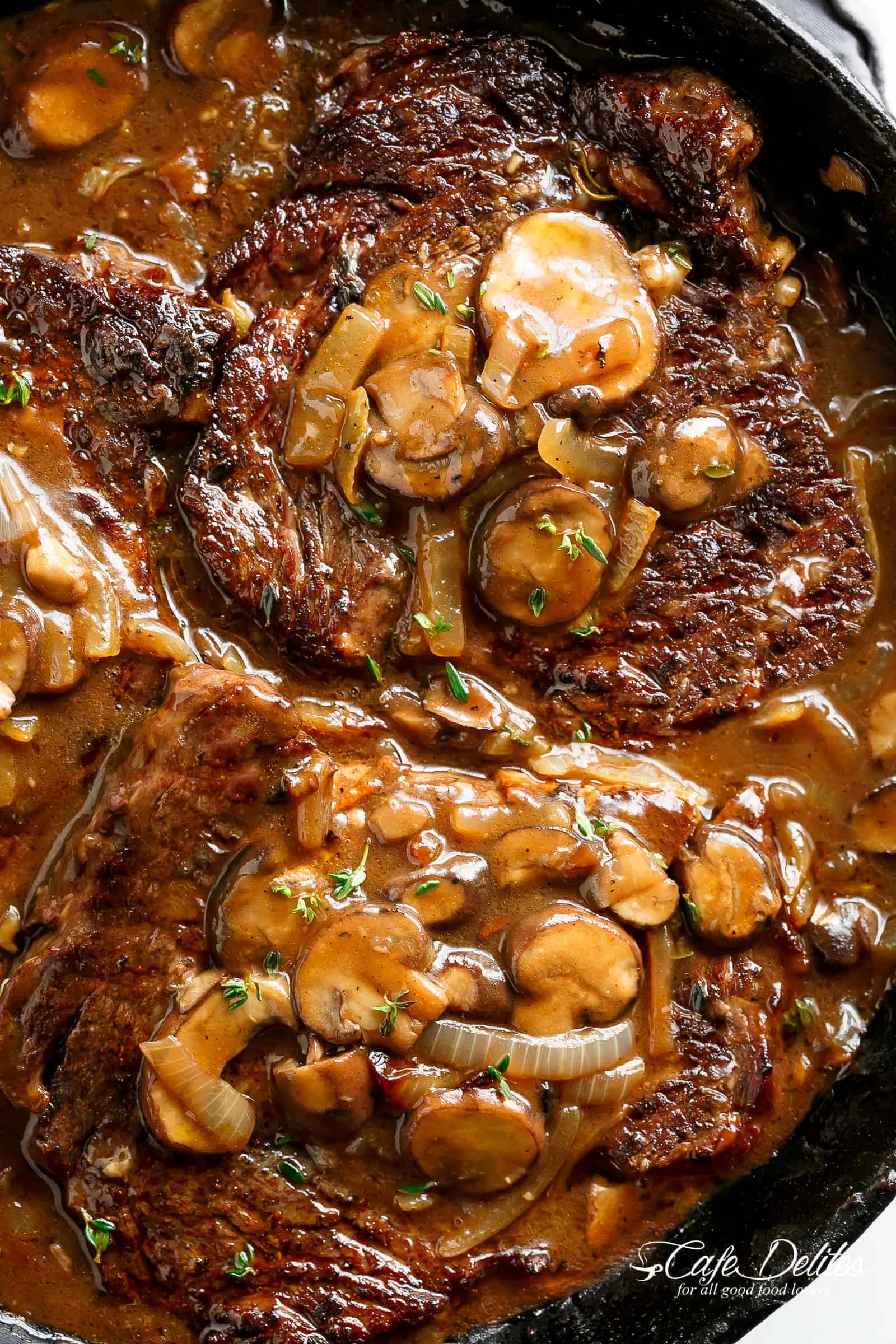 How do you make mushroom and onion gravy from scratch?

Ribeye Steaks With Mushroom Gravy is simple and delicious with a quick and easy homemade gravy made from scratch! 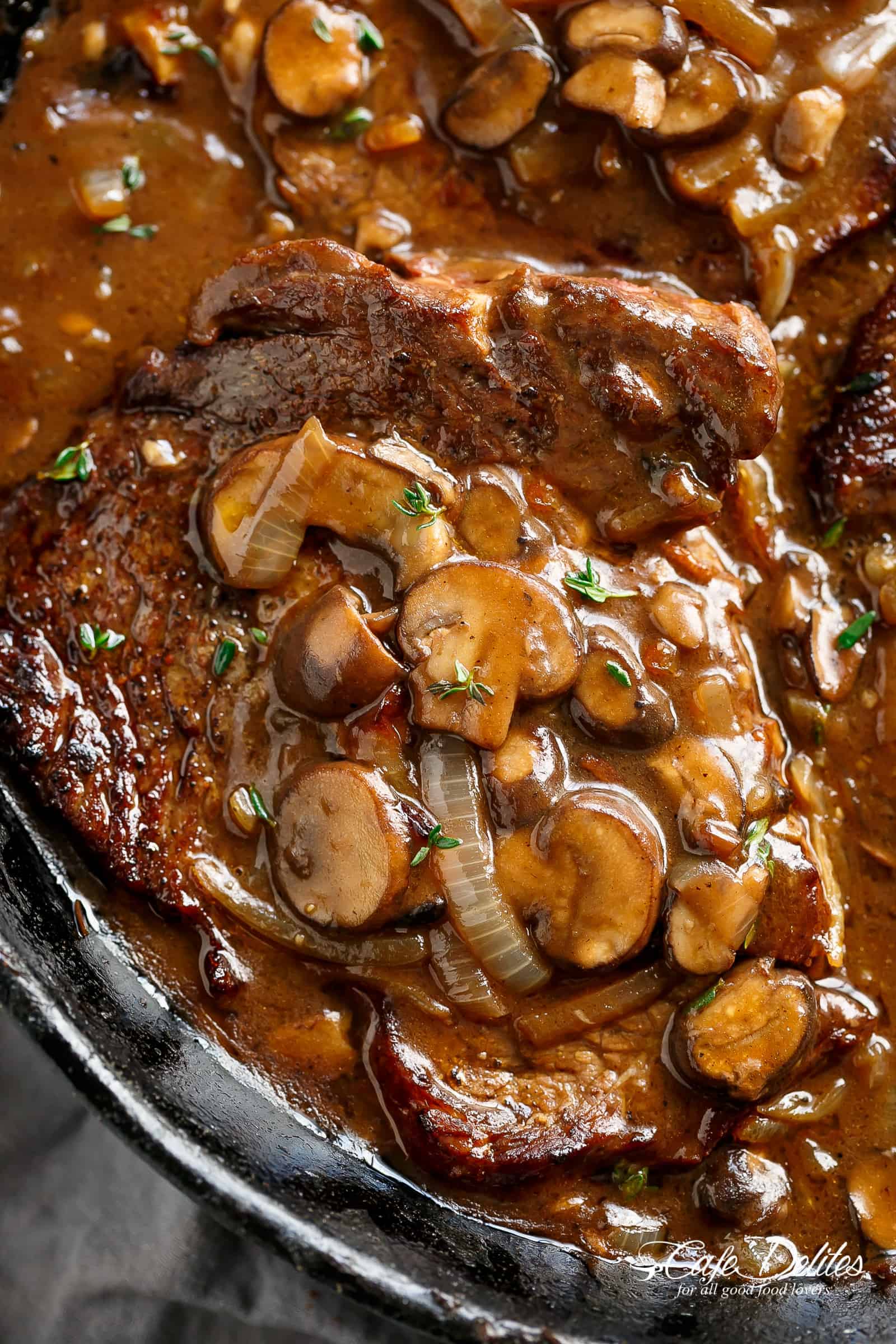 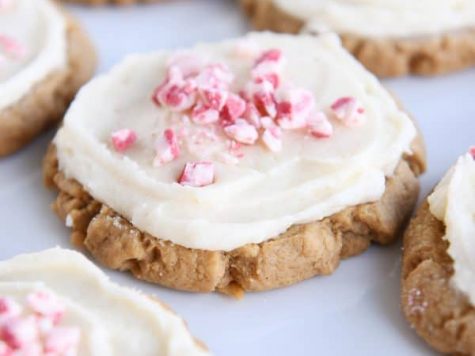 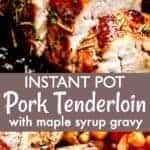 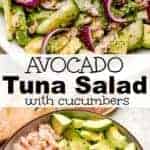 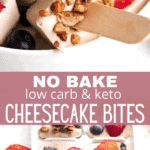 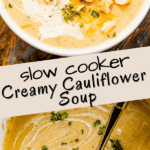