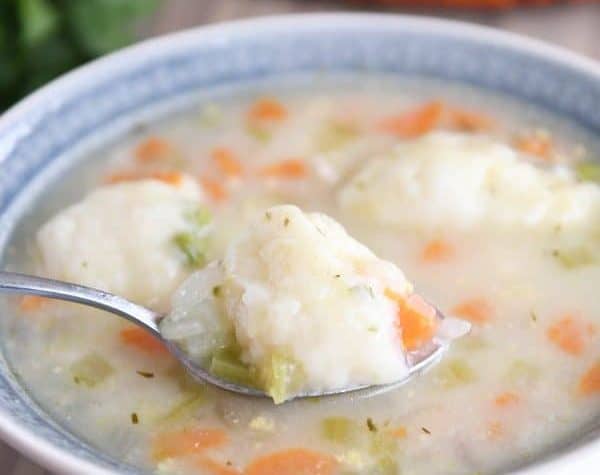 
Surprisingly easy to make at home, this chicken dumpling soup (loaded with veggies!) is hearty, wholesome and so incredibly delicious! 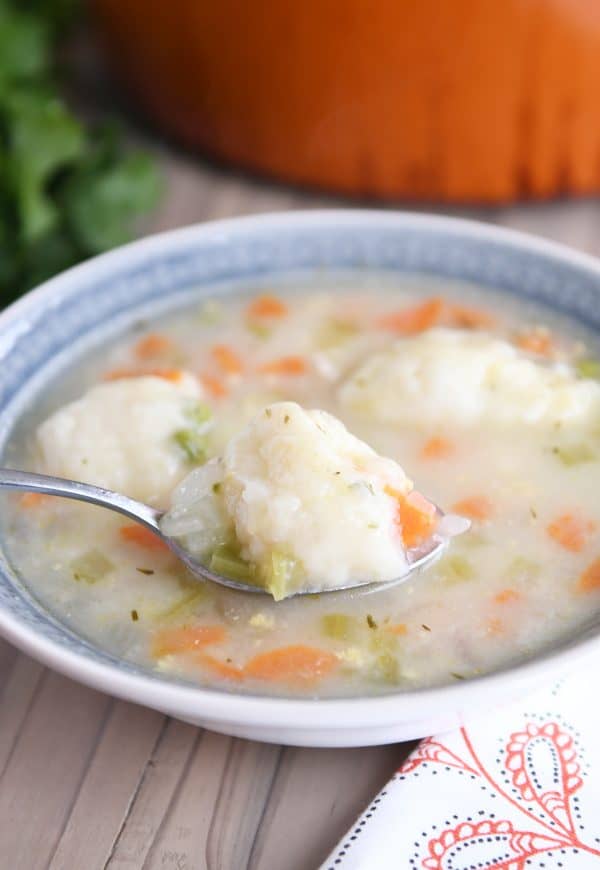 I don’t know why, but for many years of my life, the thought of plopping homemade dumplings into a from-scratch chicken/veggie soup was always super intimidating. Like, why even go there when you have chicken noodle soup and chicken pot pie and chicken noodle stew and other chickeny, vegetabley favorites? Know what I mean?

It wasn’t until I tried my Aunt Marilyn’s amazing chicken dumpling soup (loaded with veggies) that I kind of got it. A) it was actually embarrassingly easy to make emphasizing all the lost years of my life I had lived in intimidation and B) it’s pretty much one of the best soups ever.

My family can attest to that. They go crazy over this soup. It’s easily one of their favorite meals of all time, and I’m sitting over here thrilled that I can fulfill all of their wildest winter soup dreams with minimal effort. 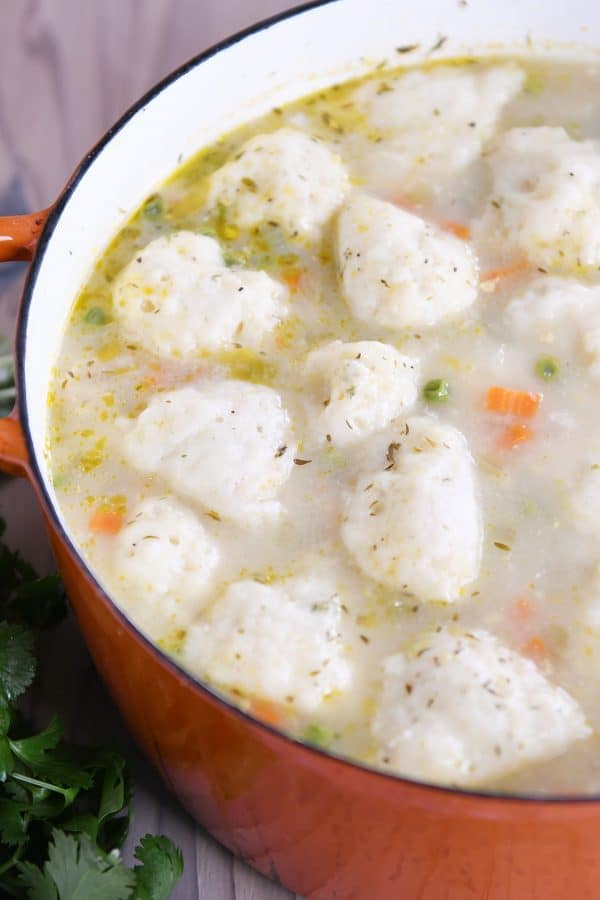 This recipe has lived on my site for nearly eight years, and I figured it was high time to do a little refresh action and catapult it back into the spotlight (plus, I added a few necessary recipe notes). Many of you have made this soup over the years and have declared it a favorite, too.

Here’s a quick comment from the thread below: I just wanted to let you know that…my family of 5 all loved it, including my picky 8-year-old who claims to not like any soup that doesn’t come out of a can! I was nervous about the dumplings, I’ve never made anything like that before, but they came out great! Thanks for once again saving dinner in my house!

So basically this chicken dumpling soup is saving picky eaters (or rather, their parents) one bite at a time. 🙂

I’m including a few tips to help you if you’ve also been in the intimidated-by-homemade-dumplings camp.

The dumplings are made from a soft one-bowl batter. Similar to muffins, you don’t want to overmix the batter or the dumplings might be kind of dense and heavy. The recipe has always used 1 cup flour for the dumplings, but I’ve added a note below that if you want sturdier dumplings (vs super-de-duper soft), add another 1/4 cup flour to the dumpling dough. 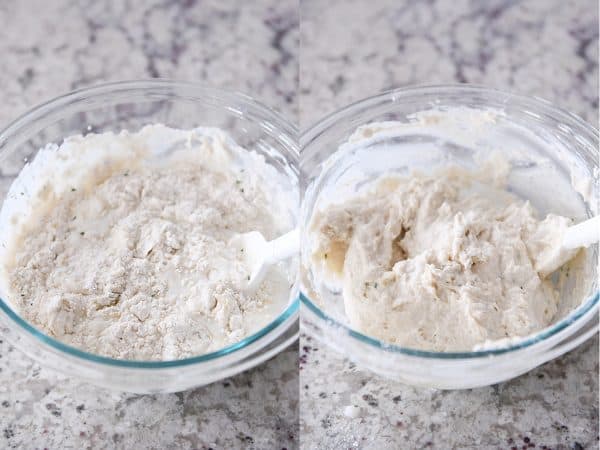 I use my small cookie scoop {aff. link} to drop the dumplings into the hot soup. The best piece of advice I can give for chicken dumpling soup is to LET GO OF PERFECTION. The dumplings are going to be rustic looking. Not uniform in size or shape. And quite honestly, just a little bit homely in appearance.

That’s the comfort and joy of dumpling soup. It’s meant to be a down home comfort food that pleases the soul and the tummy without giving a flip about what an Iron Chef would say about it. 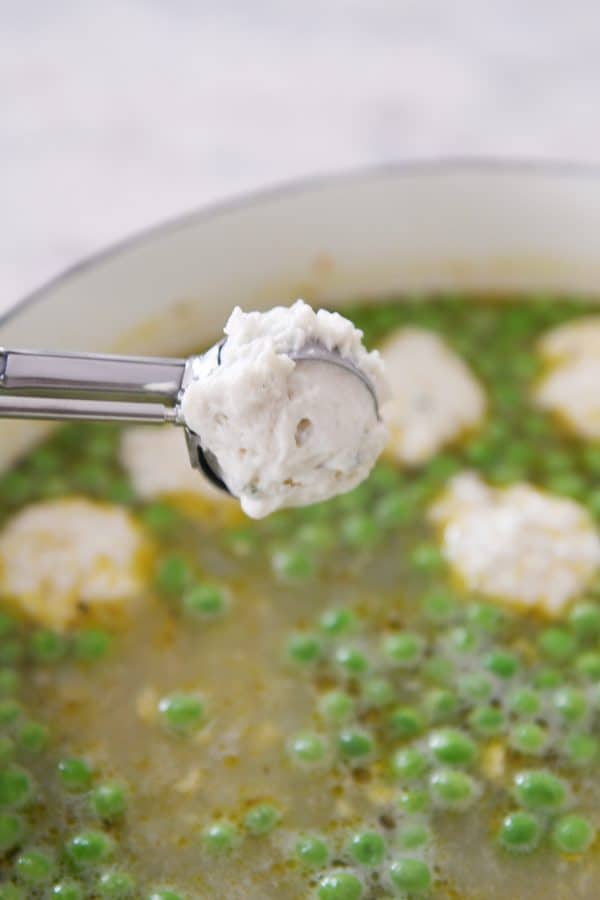 As the dumplings are dropped into the simmering soup, they’ll immediately start puffing up and expanding. That’s ok! Just work as fast as you can; all will be well in the end.

I’m kind of against soggy foods in general, but when the dumplings in this soup are fully cooked, they are incredibly yummy. Soft on the outside and fluffy on the inside. Undercooking (or underflouring) the dumplings will result in soggy dumplings, though. So dumpling ploppers everywhere beware. 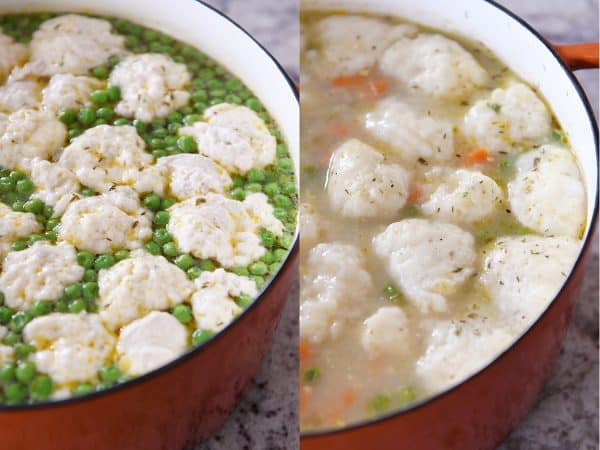 Using a wider pot vs. a tall, narrow pot will increase the surface area for the dumplings, so keep that in mind, too.

You’ll notice from the recipe that you can cook raw chicken in the first steps of the recipe OR use already cooked chicken, adding it later. Having made this soup dozens and dozens of times over the years, my preference is to use already cooked chicken. Maybe it’s just me, but I find I always end up overcooking the chicken if I simmer it with the veggies (probably a personal problem).

I usually have rotisserie chicken meat hanging out in recycled sour cream containers in my freezer, and often, I’ll plop the whole frozen lump of chopped up, cooked chicken in this soup and let the heat of the soup thaw the tender, flavorful chicken.

If this soup has been a long standing favorite of yours, I haven’t changed anything fundamental in the recipe below – just added a few recipe notes. But if you haven’t made this soup yet, what better time than mid-January for us northern hemispherers, huh? Chicken dumpling soup was meant to be winter’s soup. 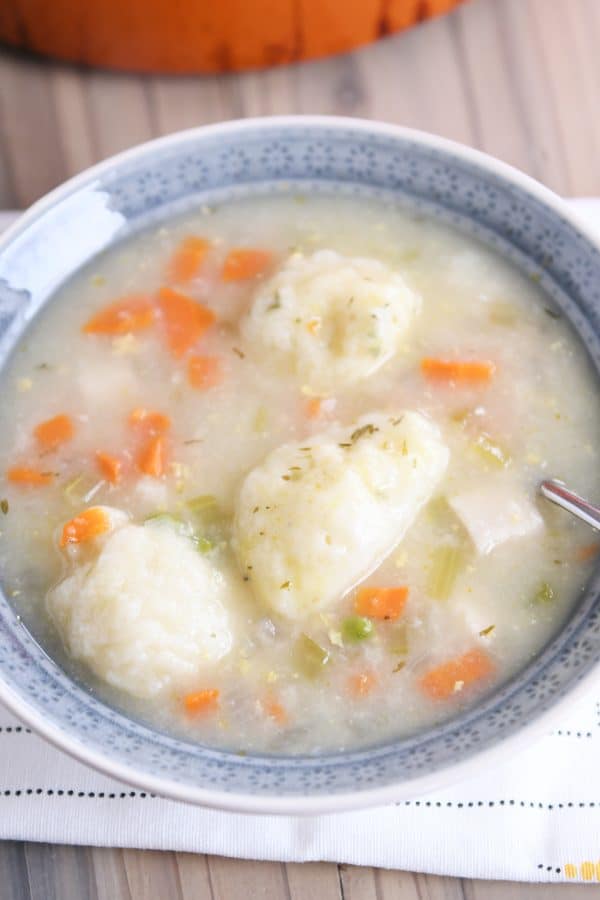 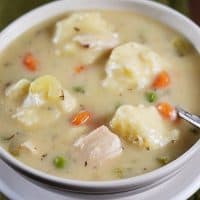 Very often, I make this with leftover chicken or turkey. I just omit cooking the chicken in the broth and water at the beginning and add the leftover, cooked chicken with the peas.

The original version of this recipe used 1 full teaspoon dried thyme; sometimes I find that flavor overpowering, so I’ve given the option in the ingredients list to use 1/2 teaspoon. Also, over the years, I use all chicken broth for the liquid base, but if you have followed the original recipe and want to keep doing so, it is 4 cups broth + 4 cups water. 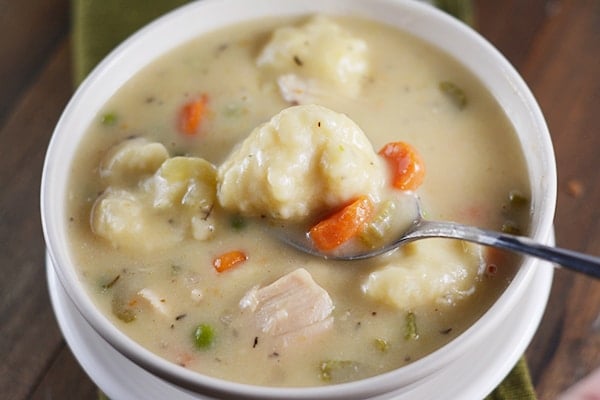 Disclaimer: I am a participant in the Amazon Services LLC Associates Program, an affiliate advertising program designed to provide a means for me to earn fees by linking to Amazon.com and affiliated sites. 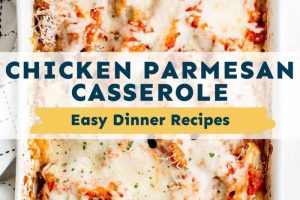 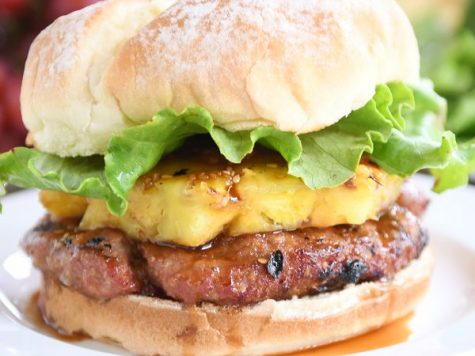 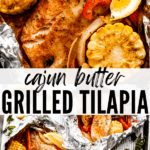 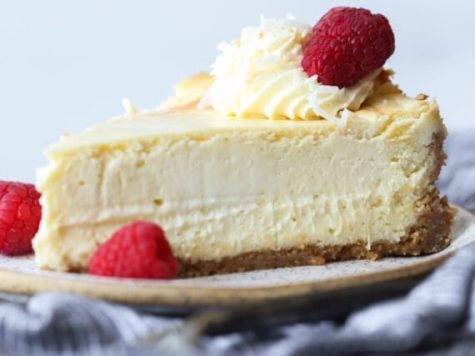 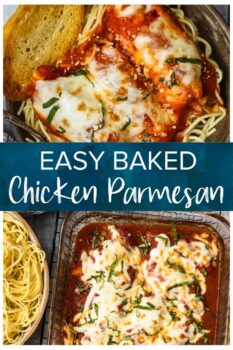 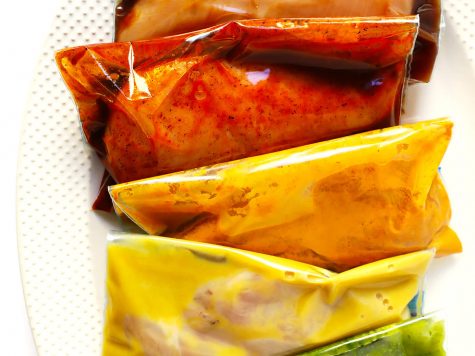 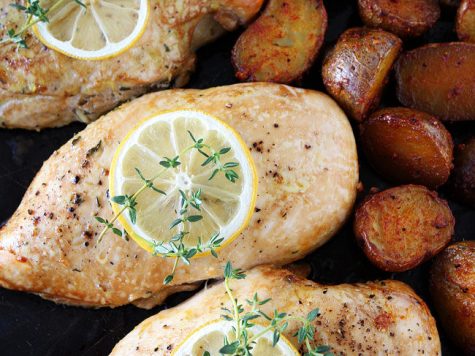