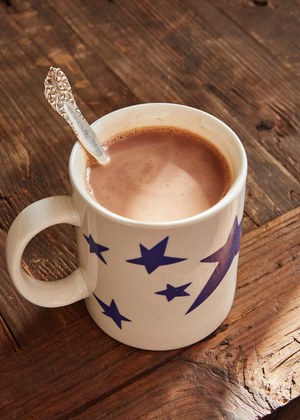 
Every morning at dawn, Norberto Piattoni brews himself a simmering mug of raw cacao, mushroom tinctures, ashwagandha powder, local honey, and goat milk. Though, the morning I’m visiting his Brooklyn home kitchen, he’s out of goat milk because ”it’s springtime and all the mom goats are feeding their babies,” as he explains, so we make due with water instead. Before you roll your eyes, consider that the concoction tastes like rich, earthy hot cocoa and feels like starting the day with a nourishing dessert.

Piattoni is the chef at newly opened Brooklyn restaurant Mettā, one of the city’s hottest new restaurants. It’s popular, yes, but it’s also literally hot, given the custom wood-fired grill, griddle, and oven that produce just about everything on diners’ plates, from the house sourdough to an ash-dusted sweet potato dessert. It’s fitting that Piattoni’s preferred first name is Negro (“black” in Spanish)—his forearms are spark-scarred from the open-fire cooking he’s known for. What’s less recognized (at least for now) is his dedication to food medicine.

“I strongly believe that food and plants are the only medicines we should take, and whatever we put inside us will shape our exterior,” he tells me. Many of his personal remedies have ended up on the menu at Mettā (named for the Buddhist practice of sending benevolence out into the world) though nothing about the inventive, indulgent dishes calls to mind “health food.”

That morning elixir, for example, was an inspiration for Mettā’s mushroom freekeh, which flaunts no fewer than five medicinal mushrooms—preserved, pureed, roasted, and generously mixed in. Those edibles are some of the most powerful supplements on the planet: Lion’s mane supports brain function; maitake and shiitake benefit the cardiovascular system and may help prevent cancer. Meanwhile, the buttery risotto-ish dish is like the traditional version but airier, with a bright vinegar finish.

Piattoni’s breakfast was also the origin of the pear kefir ashwagandha soda, a sparkling pear nectar with notes of malt and maple. (He’s been sober for a year, and designing a non-alcoholic cocktail menu was very important to him). The spritz is probiotic, an anti-stress supplement, and a refreshing rosé replacement. Alcohol drinkers can get their health fix, too: There’s a bone broth cocktail made with bourbon and black walnut bitters.

It was Piattoni’s first home, a farm in Argentina, that gave him the hands for handling whole animals and a heart for ethical food. Mettā partner, Tarajia Morrell, calls his devotion to sustainability “maniacal.” Piattoni shops exclusively at local farmer’s markets and makes use of ingredients from root to top. Mettā also has a zero-carbon footprint. All food waste is composted, according to Morrell.

Piattoni would prefer to live without technology, and he uses a phone and computer as little as possible. In his apartment, I note his collection of records and an actual radio in the corner. This allegiance to what’s original, I realize, is where his two culinary passions meet. When it comes to food, live-fire cooking and plant medicine are about as primal as you can get.

Back in the brightening open kitchen strewn with jars of mysterious twigs and powders, Piattoni pops the tops on a few multi-gallon buckets that contain his fermentation experiments. The scent of sulphurous pickle juice rises as he picks out a carrot from one, sniffs, and drops it back into the brew. “Kinda stinky,” he says, grinning, “but not ready yet.” Eventually, this plant potion might be recreated at Mettā, where nearly every dish features something fermented. Piattoni lights some palo santo and circles it around me. A breeze from an open window clears the air. 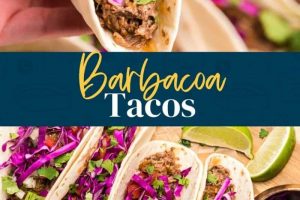 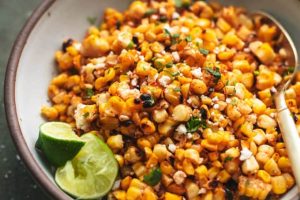 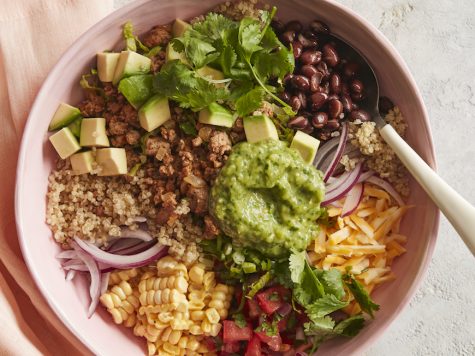 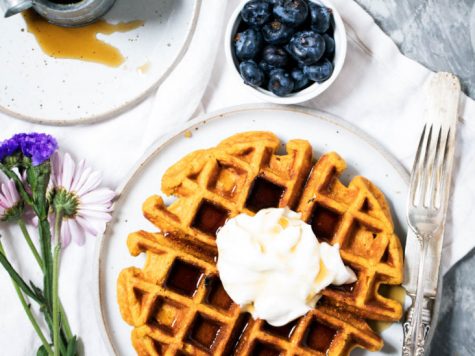 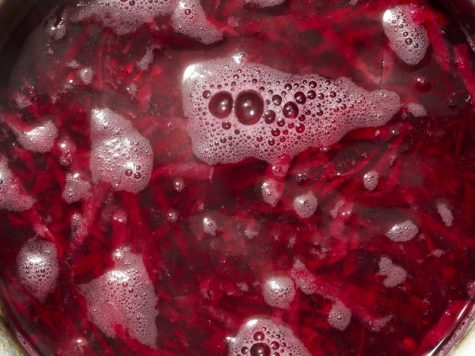 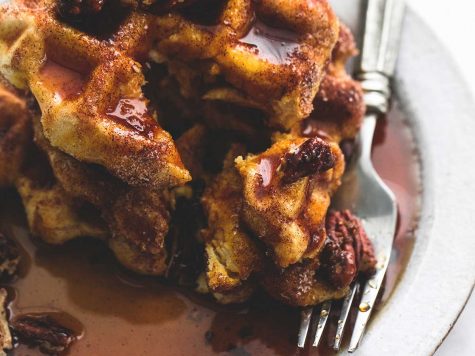 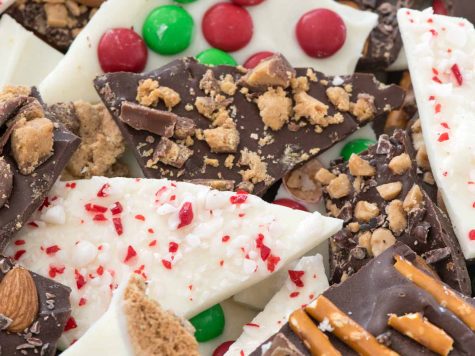