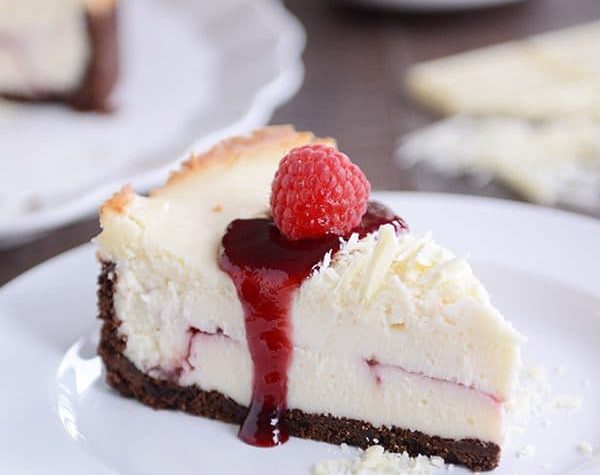 
Best cheesecake ever? So good you’ll cry? One million times better than any restaurant? Those are all the feels (and more) when it comes to this amazing white chocolate raspberry truffle cheesecake. 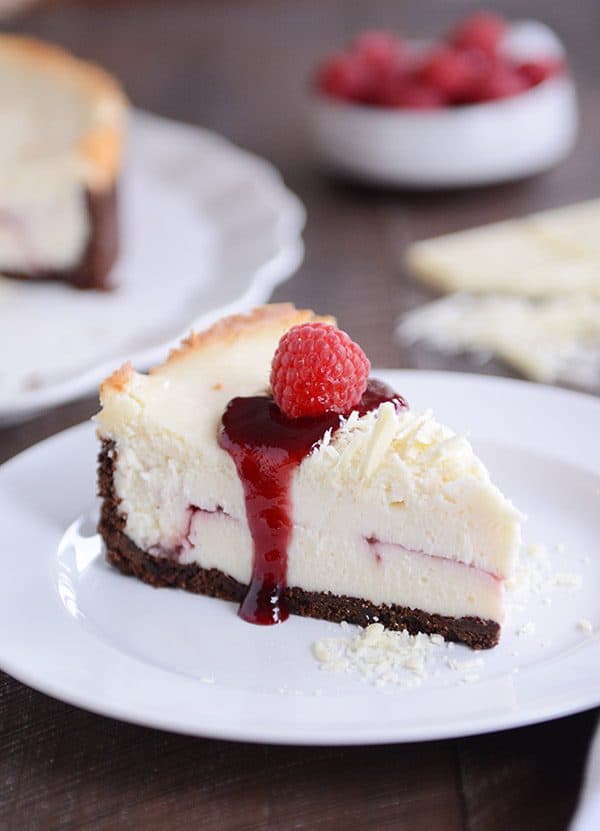 Today, it’s all about this white chocolate raspberry truffle cheesecake.

Have you seen anything so decadent, so pretty, so delicious?

Seriously, this amazing dessert is the perfect culmination for all the other holiday recipes (and everyday recipes!) I’ve shared the last few weeks.

And as one who has eaten more cheesecake in a lifetime than I should willingly admit, this raspberry truffle number has solidified a spot in my top favorites of all time. 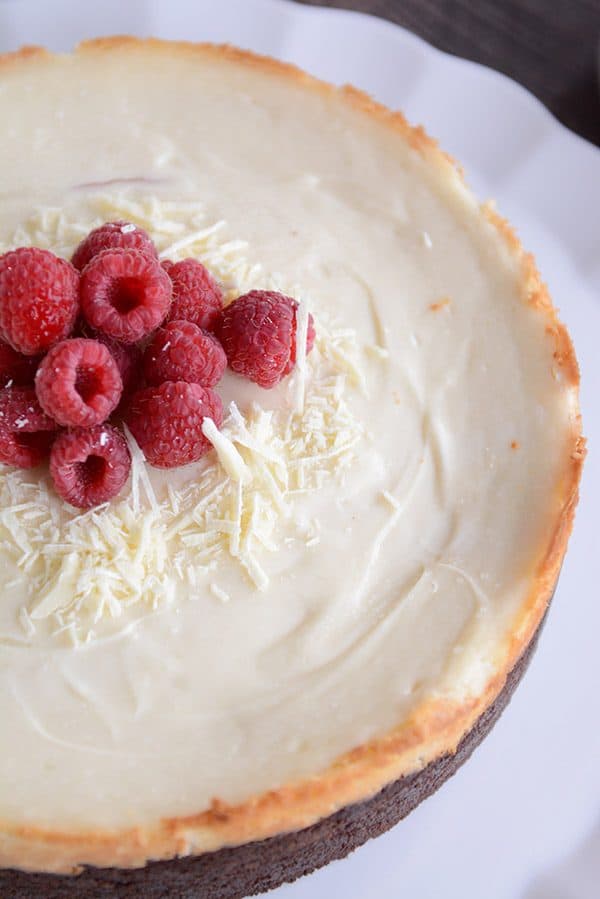 Modeled after two of the most popular cheesecakes on my site*, this version is equally as delicious as those standouts.

If you haven’t made or tasted either of those cheesecakes, this might look like your every day white chocolate raspberry truffle cheesecake (WCRTC).

But in reality, that rather unique (and decadent) cheesecake batter is what sets this cheesecake apart from all other WCRTCs. 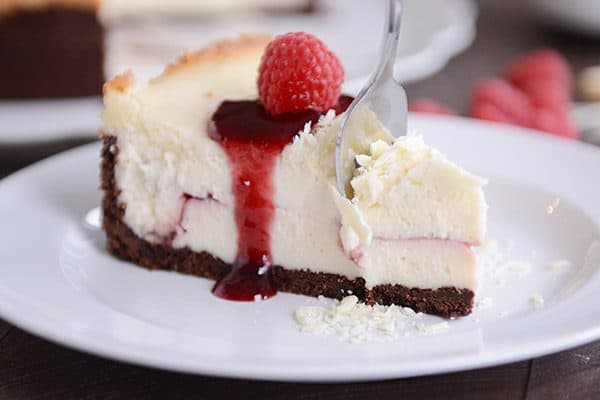 Egg-free, the cheesecake batter benefits from the luxurious white chocolate ganache folded in at the end (or in simpler terms: white chocolate and heavy cream melted together).

Not only does that component elevate the creamy factor, it also lends a velvety texture to the already rich and luscious cheesecake.

I didn’t even realize what I had been missing out on until I learned you could make cheesecake this way (no eggs?? white chocolate in the batter??).

This white chocolate raspberry cheesecake (and the aforementioned peppermint and vanilla bean versions) are some of the best cheesecakes of my life, and they have ruined me to other more classic cheesecake recipes. 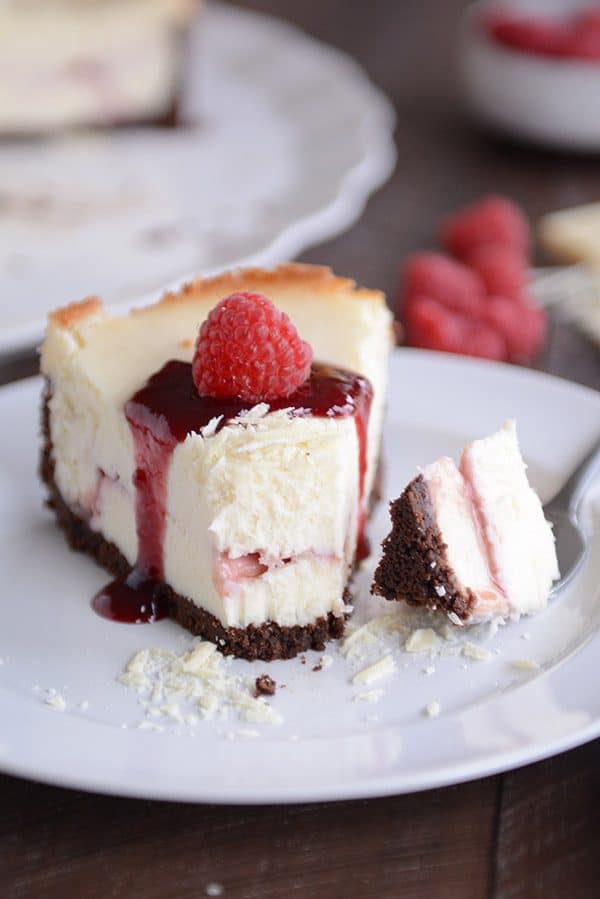 Despite it’s over-the-top appearance, this white chocolate raspberry truffle cheesecake is just as easy as any other cheesecake out there (maybe even a bit easier, actually!).

And then white chocolate shavings and raspberries to garnish it all up. 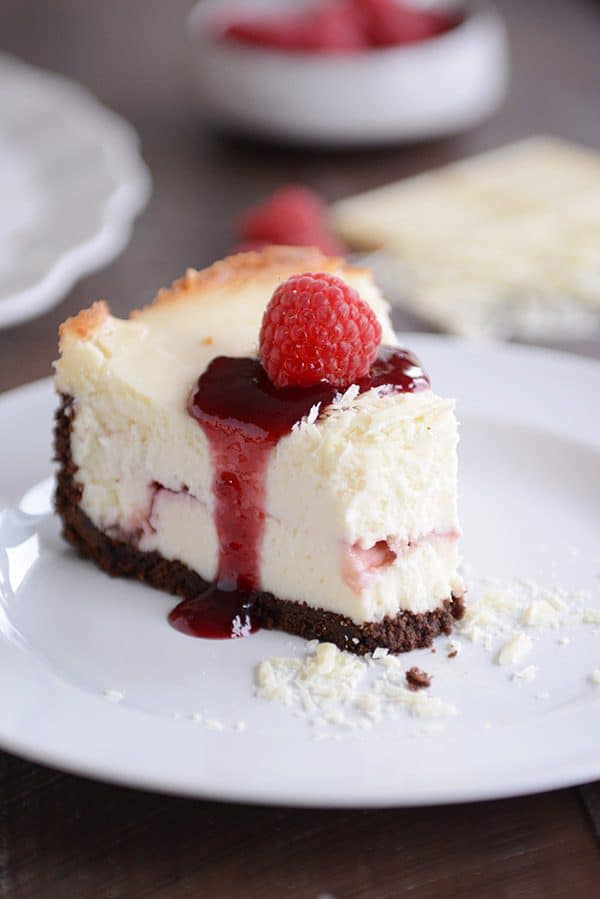 You can make the appearance as fancy or as simple as you like.

And several components of this recipe are pretty adaptable.

Exhibit A: Pile it high with white chocolate shavings and fresh raspberries OR leave it plain and unadorned.

Exhibit B: I opted to use storebought seedless raspberry jam in the recipe – both for convenience and because I wanted to avoid raspberry seeds for looks and texture. But you can definitely use raspberry jam with seeds or use the quick recipe in the notes of the recipe for a homemade raspberry sauce. 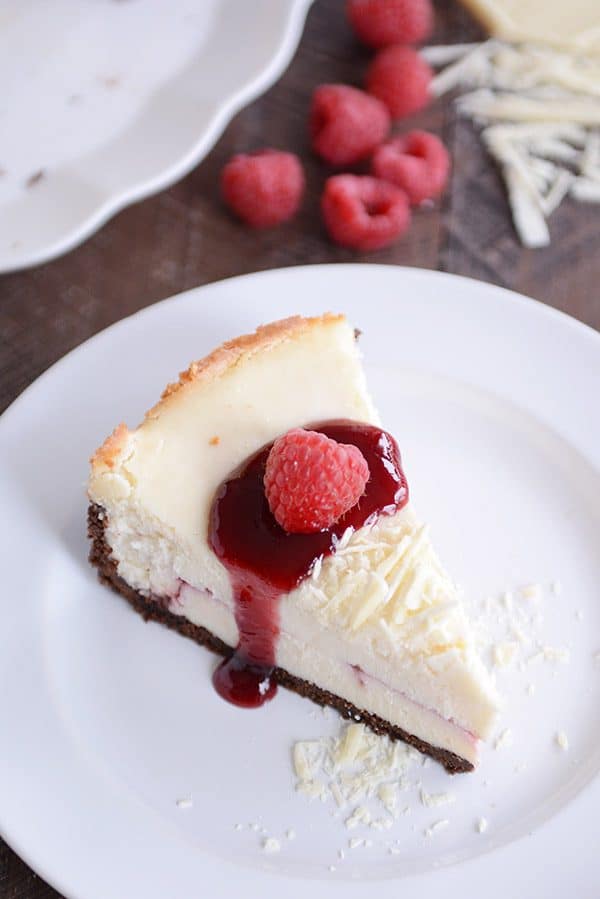 All in all, this stunning white chocolate raspberry truffle cheesecake is a dessert that will not disappoint.

Rather, you’ll probably wow your friends and family to the extent that you’ll never be able to lead a normal life again as you spend your time deflecting compliments, cheesecake requests, and general fangirl/guying.

Although if you are like me (extreme homebody who doesn’t like to put on makeup just to serve cheesecake), that fame-and-fortune possibility will have you, instead, whipping this cheesecake up to be enjoyed slice-by-slice any time of the day by your own little self.

And ok, maybe doling out a piece or two for the other humans living under the same roof but only if they happen to catch you eating it at midnight by the light of the fridge. 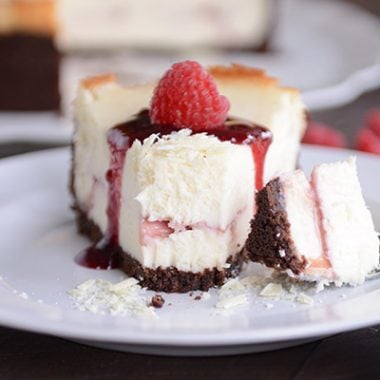 For the chocolate cookie crust, I usually use Nabisco Famous Wafers, chocolate graham crackers, or chocolate Teddy Grahams. You can use Oreos, but for this recipe, I’d probably scrape out the white filling before using.

You can definitely use raspberry jam with seeds, too, I just like the look and texture of seedless jam for this recipe. You could also get fancier than raspberry jam and make a raspberry sauce: 12-14 ounces fresh or frozen raspberries, 1/2 cup water, 1/2 cup sugar (plus more to taste, if needed), squeeze of fresh lemon juice, 1 tablespoon cornstarch. Add all of the ingredients to a saucepan, mix to combine, then bring to a gentle simmer and cook until thickened. Let cool before using (can strain out the seeds if you want it seedless). 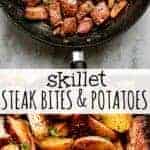 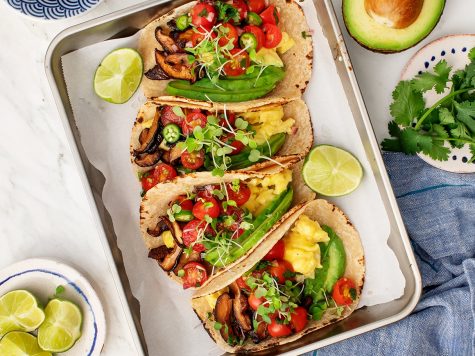 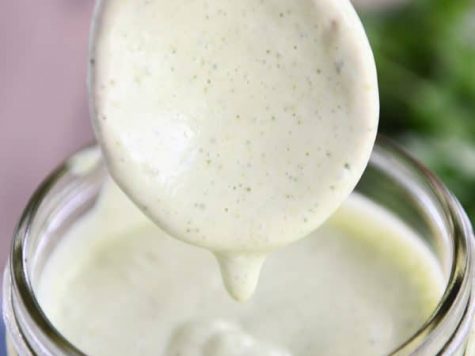 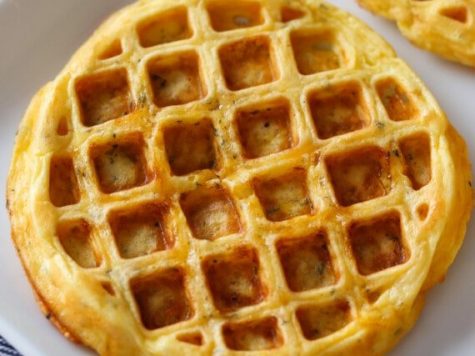 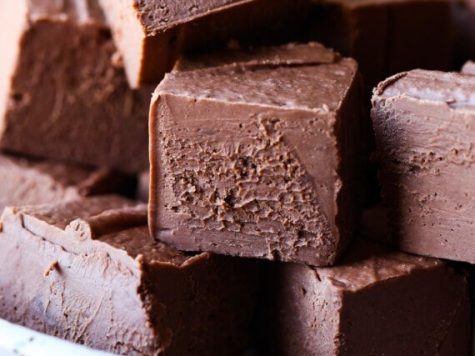 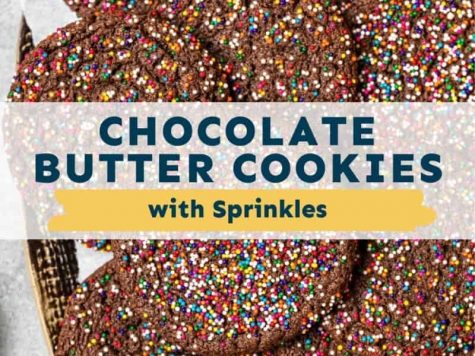