Banana Pudding Cheesecake is a combo of my two most favorite classic desserts! Real bananas and vanilla cookies fill the cheesecake, which all sits on a vanilla cookie crust and topped with fluffy whipped cream, more cookies and caramel! A total signature dessert!

I have partnered on with Nellie’s Free Range Eggs on this fun campaign.  All opinions expressed are my own.

Remember last week when I teased the Nellie’s Baking Bash where I’ve teamed up with Nellie’s Free Range Eggs to bake along with season 5 of The Great British Baking Show?! WELL today’s the day and we’re starting with “The Signature Challenge”! If you’ve been following me for any length of time, you KNOW how much I love cheesecake. Like, SO much. Last year I even shared my Perfect Cheesecake Recipe with you guys. And not only that, I happen to make the BEST Banana Pudding. Tall claims, I know…but they are both actually recipes that I make on the regular when I’m having company over.

Which brings me to today’s recipe…this Banana Pudding Cheesecake is the ULTIMATE signature dessert, because it combines my two most beloved dessert recipes into one. And I’m not gonna lie…it is pretty freaking fantastic. 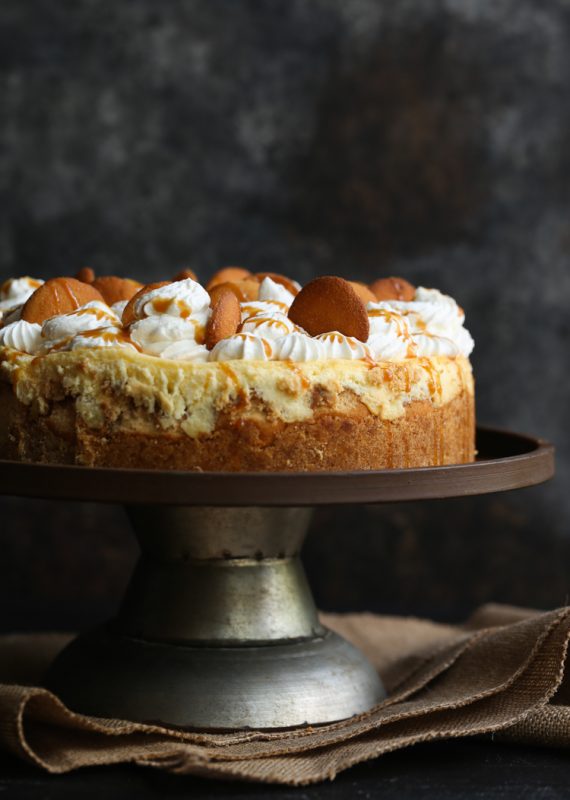 You start this recipe with an integral part of banana pudding…the vanilla cookies! I crushed these up and used them in the crust. I didn’t stop there, though…I pressed more cookies up against the side of the pan! 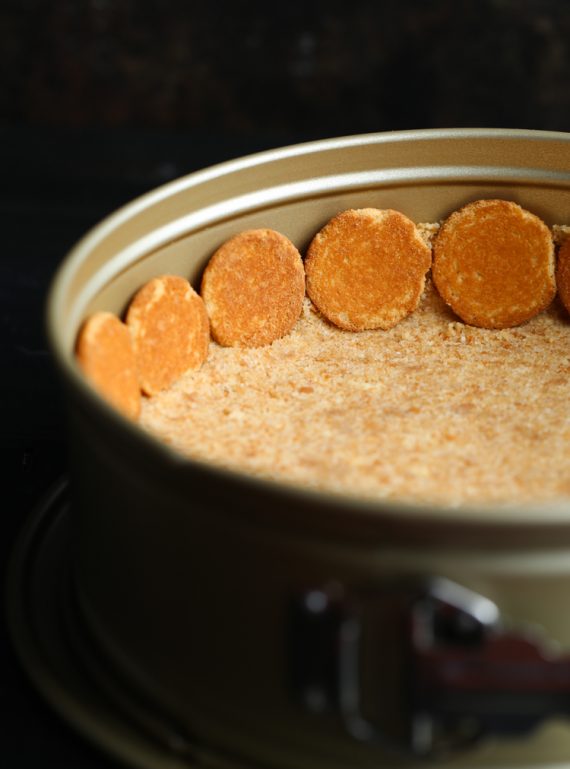 You bake the crust for just a few minutes, until it’s lightly golden. While the crust is baking, you prepare your cheesecake filling. It’s a very simple process, that produces a cheesecake that is not overly sweet and very creamy. I LOVE using Nellie’s Free Range Eggs in my cheesecake because the quality of the eggs correlate with both the taste and texture. Nellie’s Free Range Eggs are produced without antibiotics, hormones, pesticides, or animal byproducts. 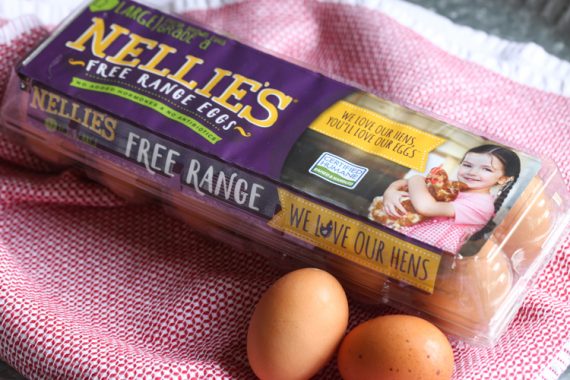 To assemble the cheesecake, you spread half of the cheesecake mixture into the baked crust. Then chop up some more vanilla cookies, and slice up a banana and spread those on top of the filling. 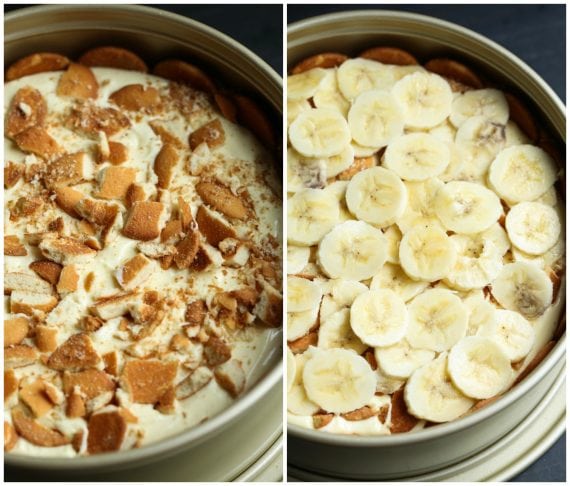 Finally spread the remaining cheesecake on top. To bake the cheesecake, you will wrap the bottom of your pan in foil and place the springform pan into a larger pan filled with about an inch of hot water. This is called a water bath, and it helps stem the cheesecake in the oven as it bakes. It will help the cheesecake bake evenly, and prevent cracking. I have lots of tips about baking cheesecake in my Perfect Cheesecake Recipe, which is a great reference!

Once it’s baked, you will need to let it cool completely, and then chill it for at least 3 hours, or overnight. Cheesecake is a perfect dessert when you’re entertaining because not only CAN you make it ahead, you actually SHOULD!

When you’re ready to serve your cheesecake, run a butter knife around the edge of the pan and remove the sides of the springform pan. 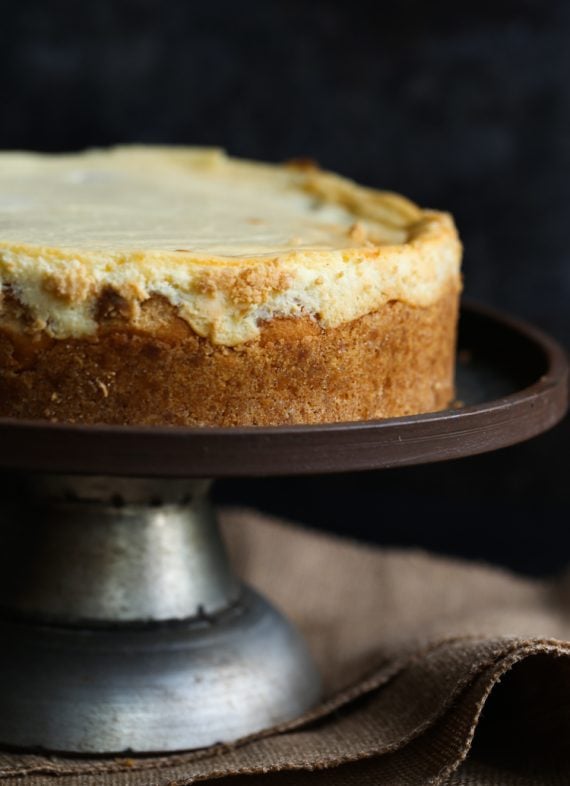 Now’s the fun part. The extra few steps that will really impress people.

I made some homemade whipped cream and filled a piping bag fitted with a large star tip. I just piped on all different sized swirls on top. You can easily spread the whipped cream, or even pipe it on with a zip-top bag with the corner snipped off. 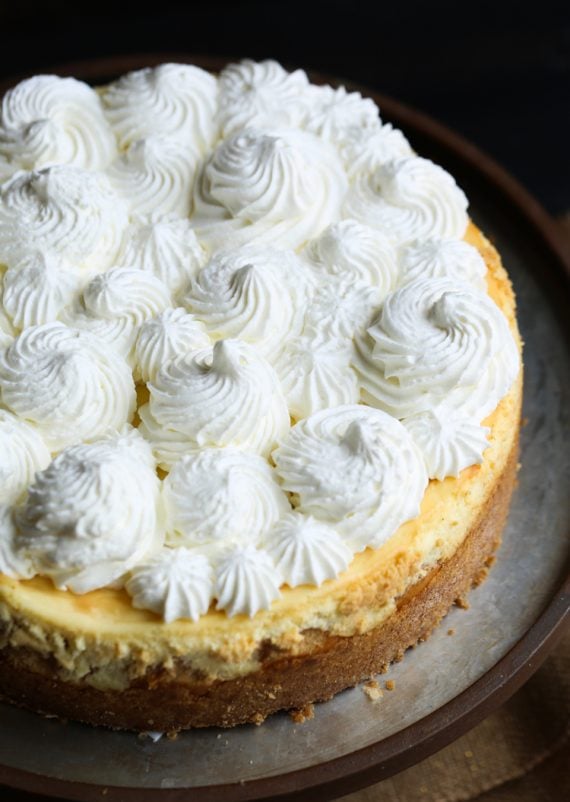 Next garnish it with some extra vanilla cookies, and give it a pretty drizzle of caramel! 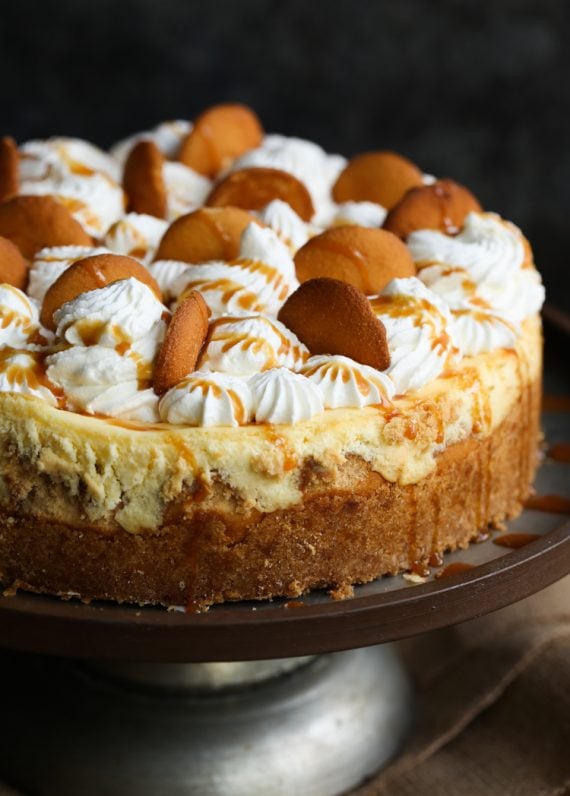 Wait until you’re ready to serve the cheesecake before you top it with whipped cream. The longer the whipped cream sits, the softer it gets.

And of course cut yourself a slice. Or two. 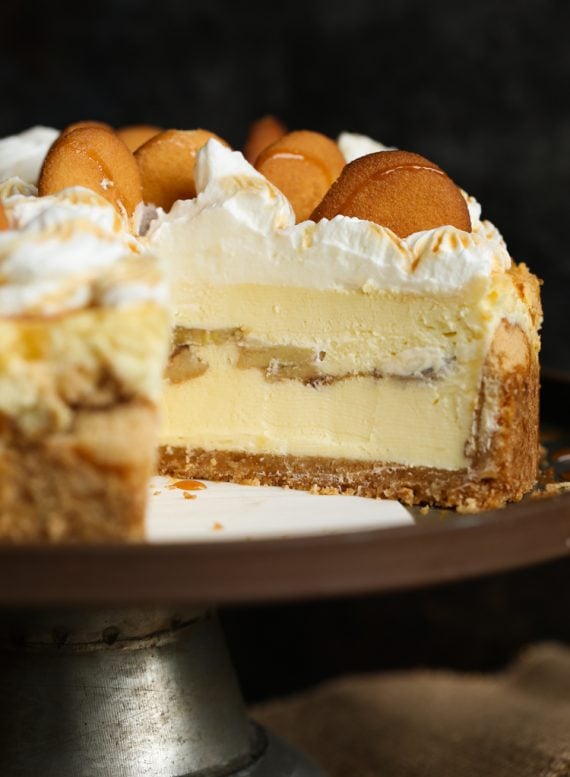 This is one dessert no one will able to resist. 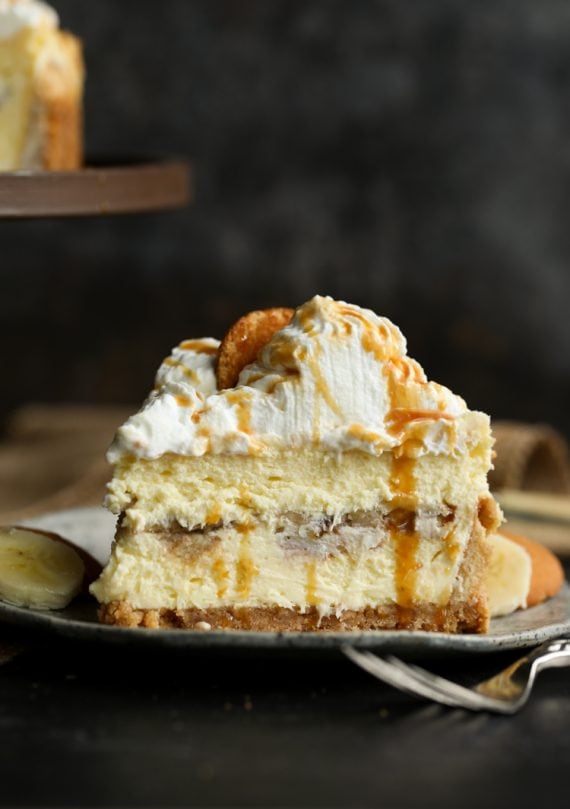 I KNOW you will love this Banana Pudding Cheesecake just as much as we do at my house. I can’t wait for you to make it!

Banana Pudding Cheesecake is a combo of two of my favorite classic desserts!

Cheesecake can be stored airtight before topping with whipped cream for up to 5 days in the refrigerator. 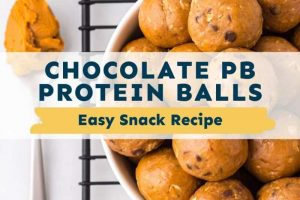 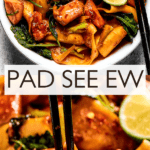 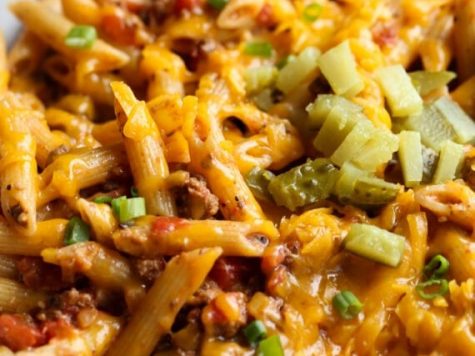 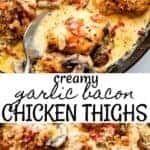 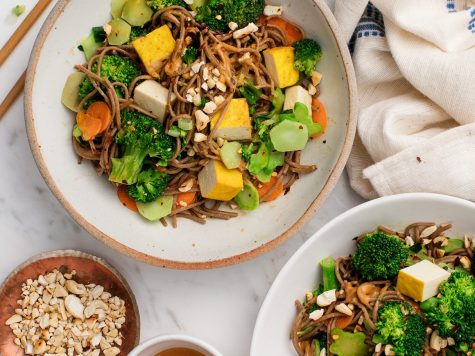 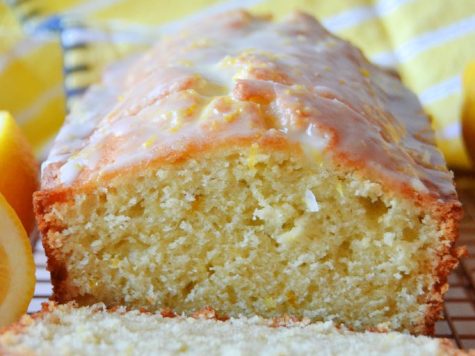 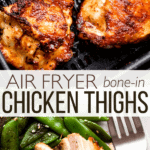