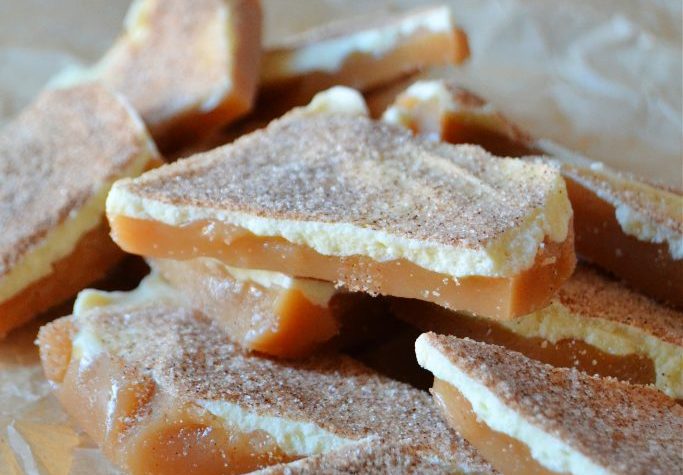 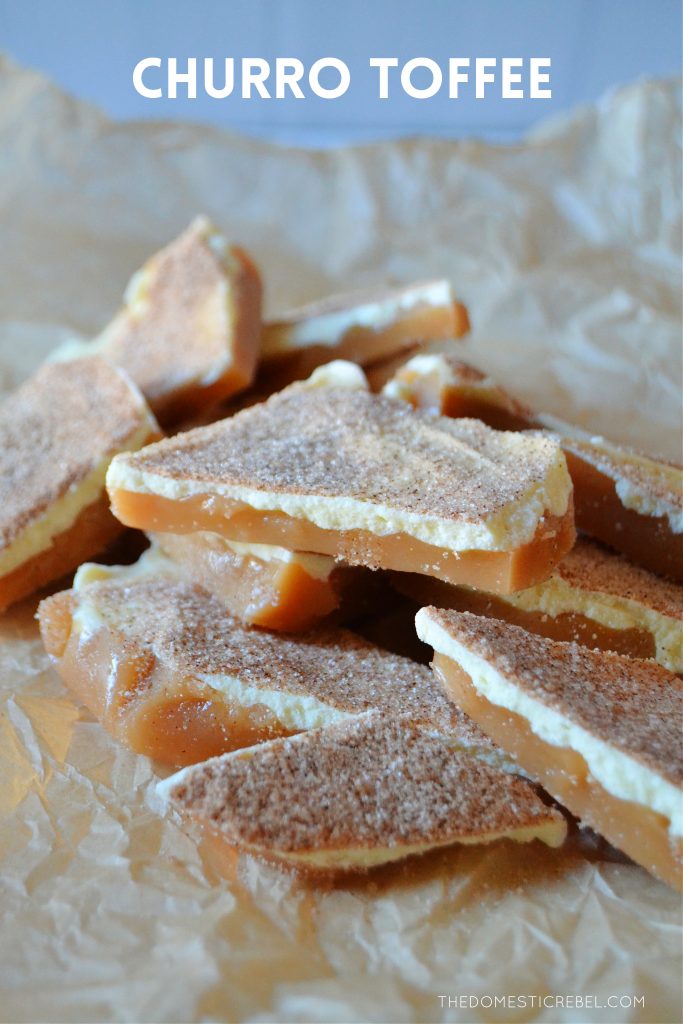 Hold onto your hats, people! Churro Toffee is officially in the building and it is PHENOMENAL. Buttery, crunchy toffee with a white chocolate and cinnamon sugar churro topping JUST like the one they serve at Disney parks! A must make for the holidays!

Have I got a recipe for you today that’s going to shock, amaze, and blow your minds. I know, that’s kind of intensely high praise but I promise, it’s worth it.

Whether or not you’ve been to a Disney park in the last few years, you may or may not have heard of churro toffee. It’s exactly what it sounds like: a toffee that has a churro-y flavor and it’s good. While I haven’t had Disney’s version, I can only imagine it’s very delicious – after all, any time I see a food blogger friend go there, they always rave about it.

So since I haven’t been to the parks in a million years (hi, fixing that stat!), I figured I would whip up my own churro toffee to try this out for, ya know, research purposes. I gotta know what I’m in for before I try the real stuff, right? Right. 🙂

Anyhoo, this stuff is addicting, surprisingly easy even for novice candy makers and probably tastes better than Disney’s because it’s homemade and homemade stuff really is the best. 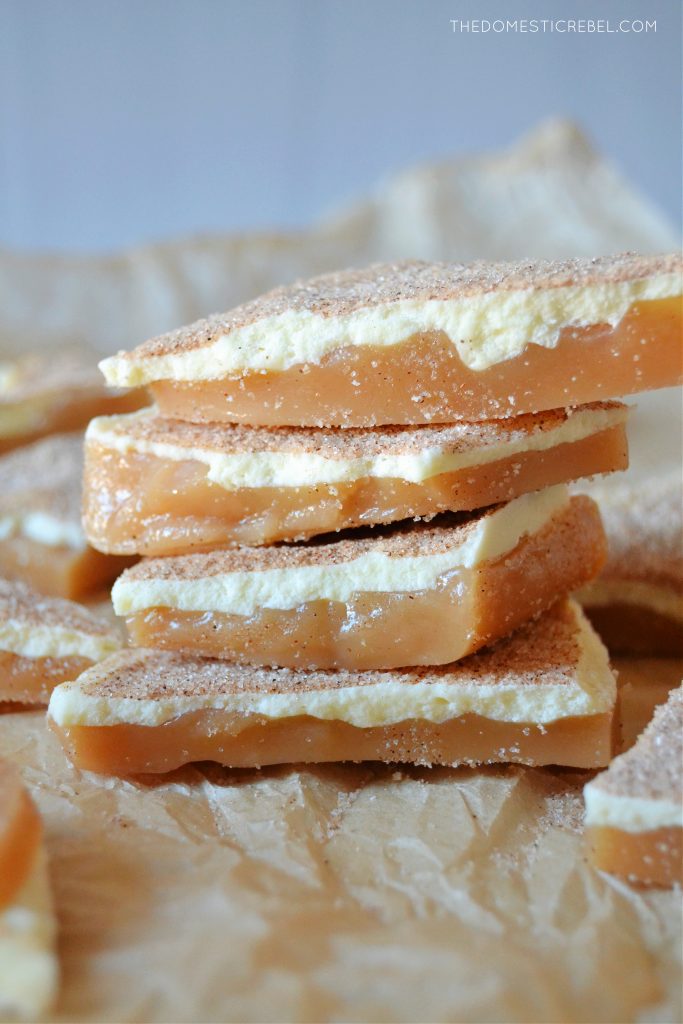 Toffee is pretty simple to make and requires pantry ingredients you probably have on hand, including:

When making candy, I always recommend cooking in a pot with a heavy bottom as opposed to a flimsy pot. This is because the heavier bottomed pots are less likely to scorch your candy, and because we’re not stirring the toffee constantly, this is crucial.

To finish our toffee, we’ll sprinkle the top with white chocolate chips, let them melt and spread it into an even layer, and then top with sparkling cinnamon sugar. Perfection! 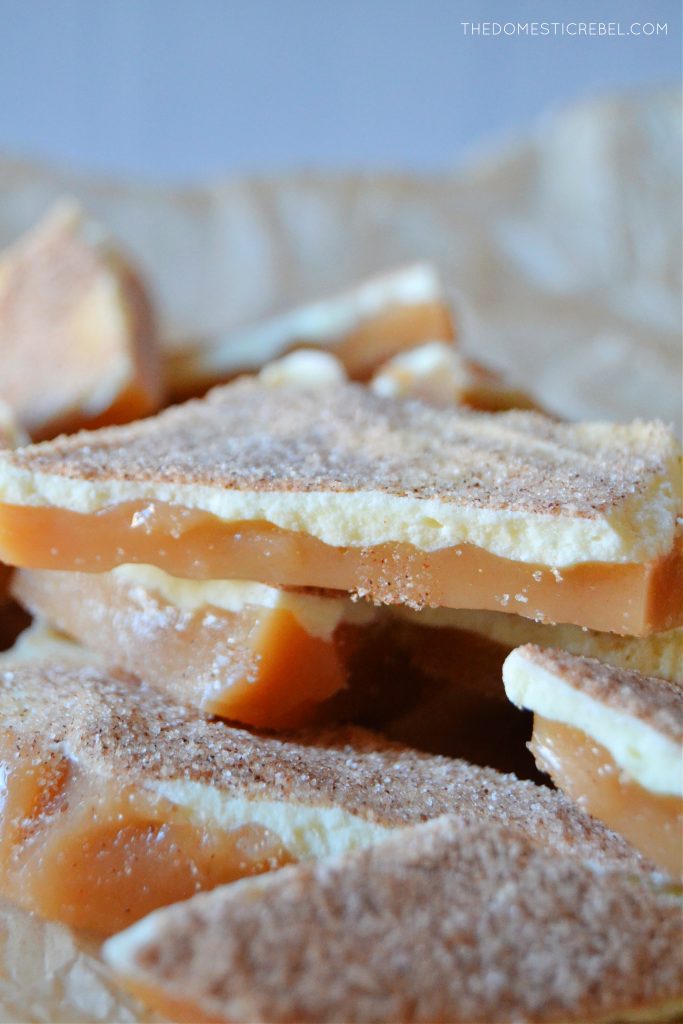 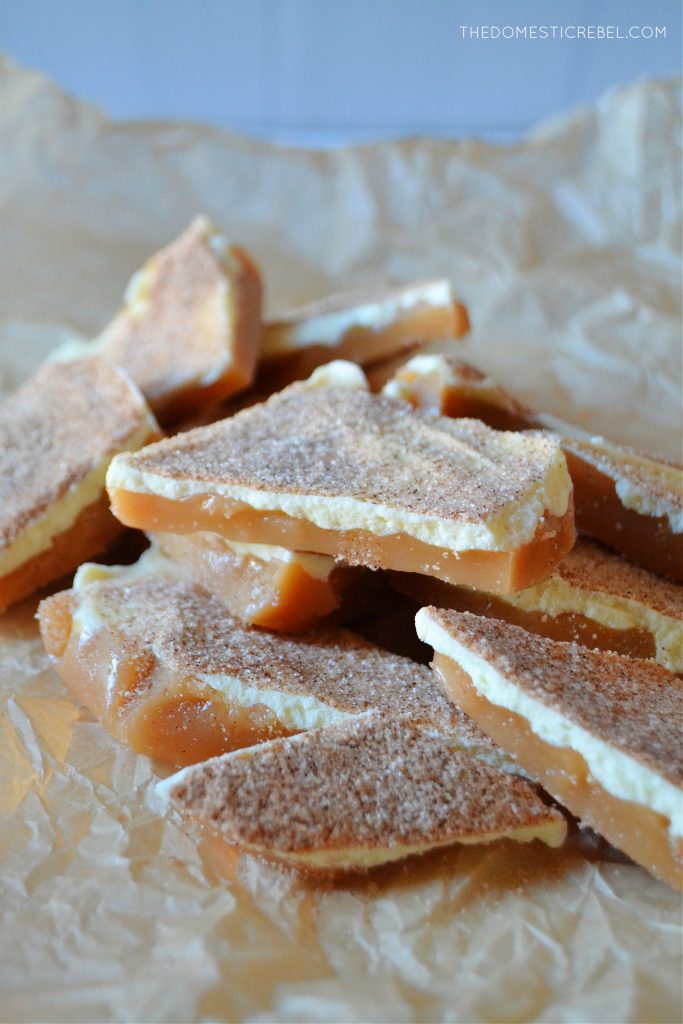 This Churro Toffee is seriously AMAZING and surprisingly simple, even for novice candy makers. Buttery, crunchy, crisp toffee with a white chocolate and cinnamon sugar “churro” layer that tastes even better than the ones from Disney parks!

For the Churro Topping:

This buttery, sugary, spicy deliciousness is a MUST for your holiday baking trays! 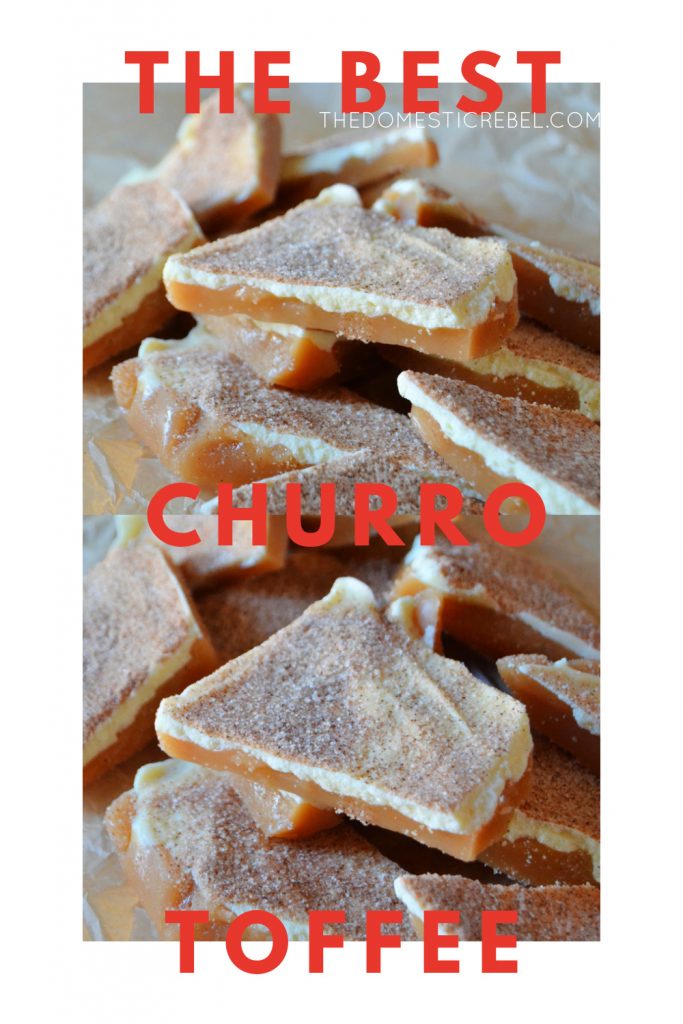 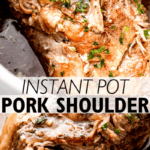 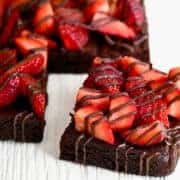 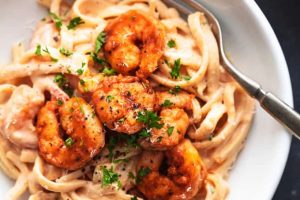 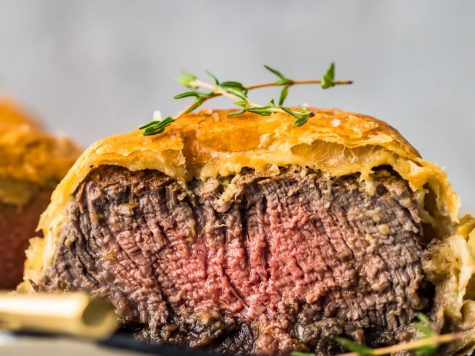 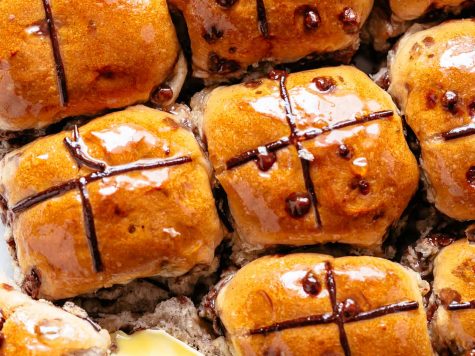 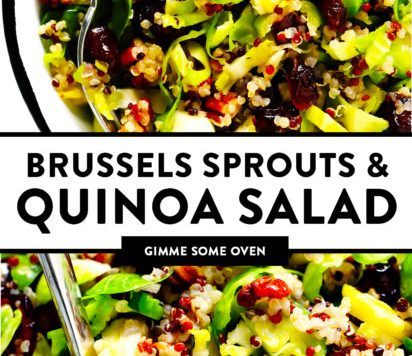 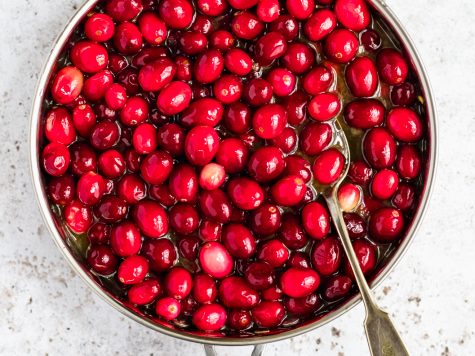 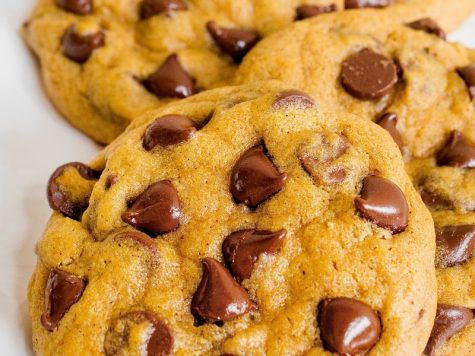 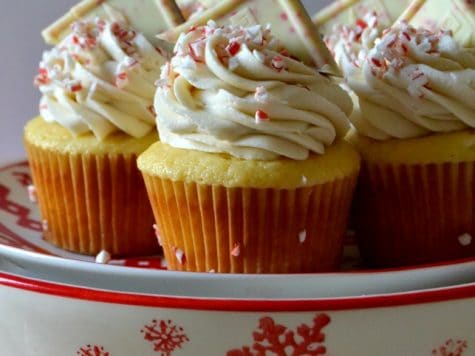