Easy one hour cream cheese cinnamon rolls have cream cheese IN the DOUGH to make them extra soft, super fluffy, and more flavorful! 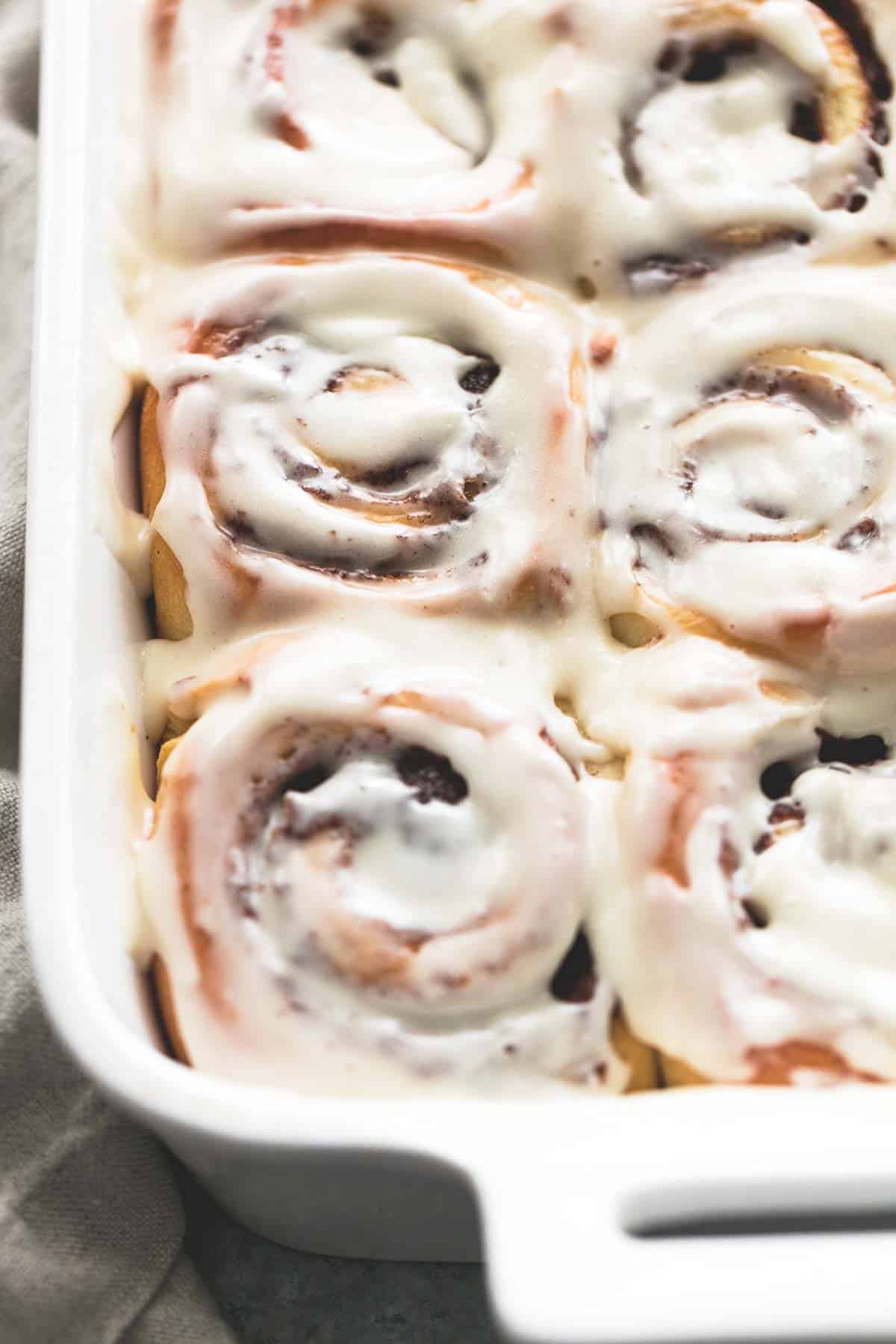 I have had breakfast on the mind all week. When it comes to Christmas, breakfast is absolutely my favorite meal of the day. Maybe it’s because I’ve recently overdosed on holiday dishes between Thanksgiving (takes weeks to recover really) and all the parties and get togethers… by the time Christmas day rolls around I’m just not craving turkey and ham and potatoes quite as intensely as I was at the beginning of November. 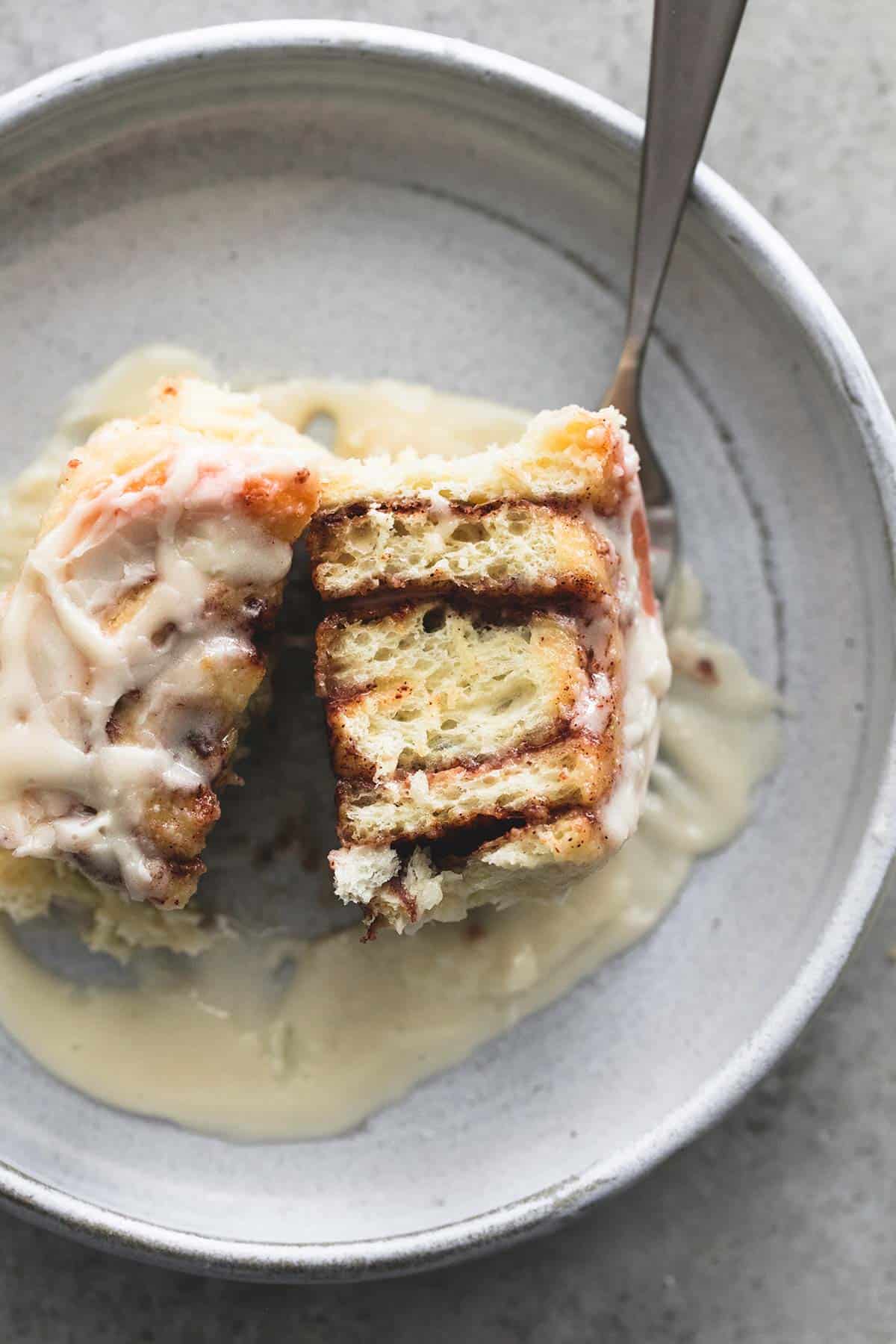 But you get what I’m saying right? Come Christmas day it’s the breakfast-slash-brunch happenings that really have me excited. This year we’re hanging at home in our cozy jammies on Christmas morning instead of rushing out the door to meet up with extended family, and that means I am making a special breakfast for the four of us. Enter: one hour cream cheese cinnamon rolls.

Also known as the fluffiest, richest, BEST cinnamon rolls to ever be tasted by this cinnamon roll lovin’ mouth of mine. 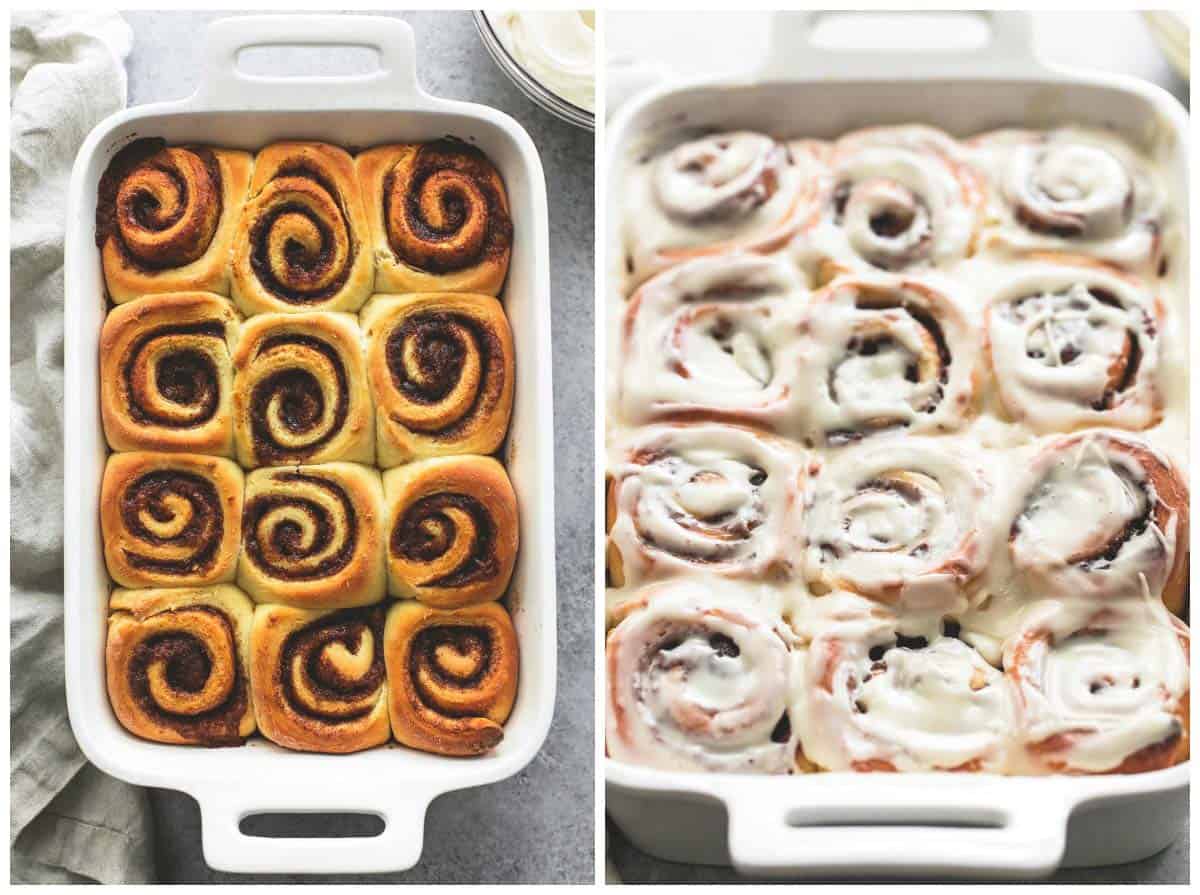 I’ve always had a soft spot for cream cheese in my frostings, particularly where cinnamon rolls are involved, but recently I had the idea to add cream cheese to the actual cinnamon roll dough. The result? The fluffiest, richest cinnamon rolls I’ve ever eaten. SO good I’m not sure I can ever make them any other way after this. 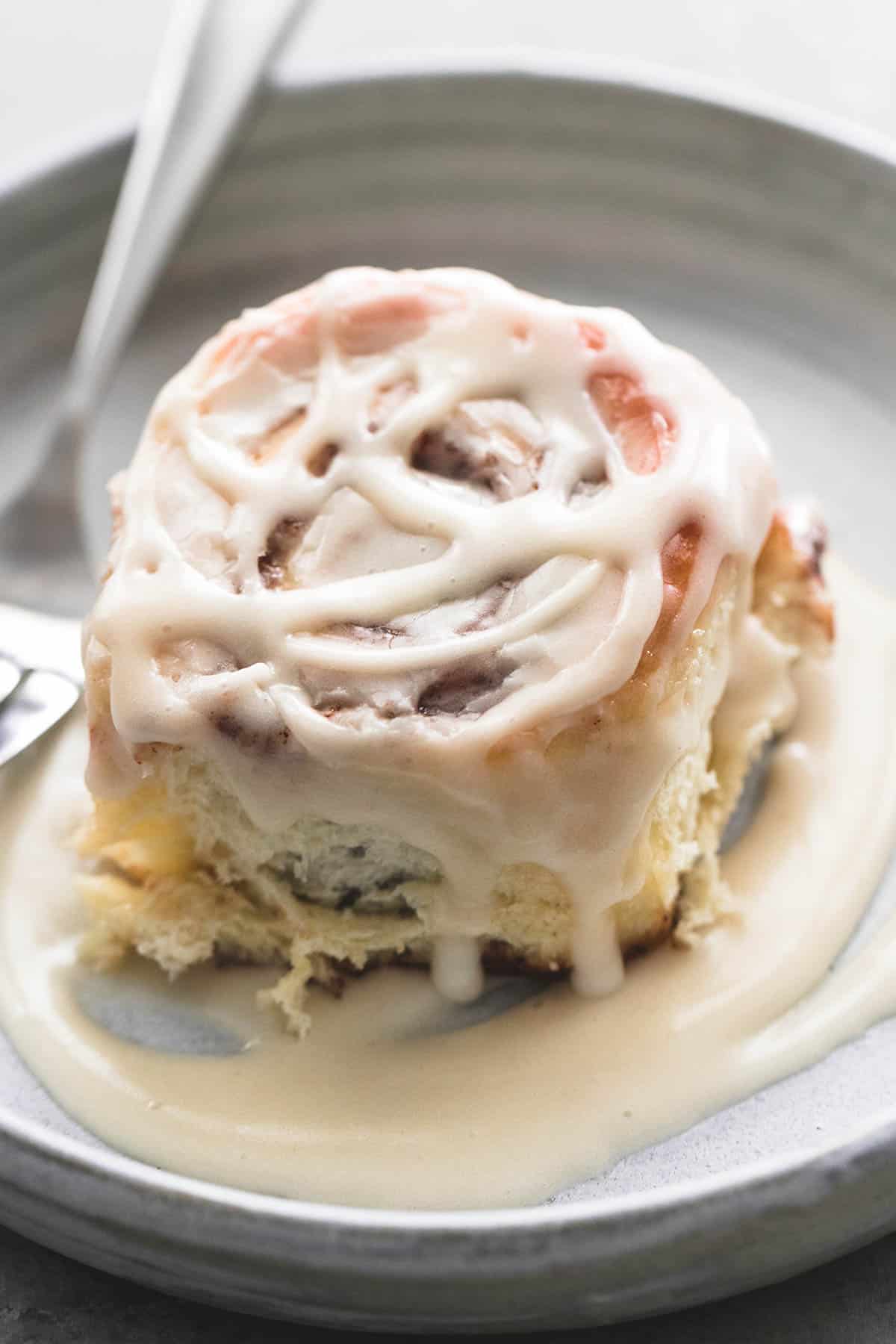 Adding cream cheese to the dough only creates one little extra step in making your cinnamon rolls and they will still be done in about an hour. From scratch! Kind of unbelievable right?? It’s pretty magical. Just magical enough in fact to make the perfect Christmas morning breakfast. 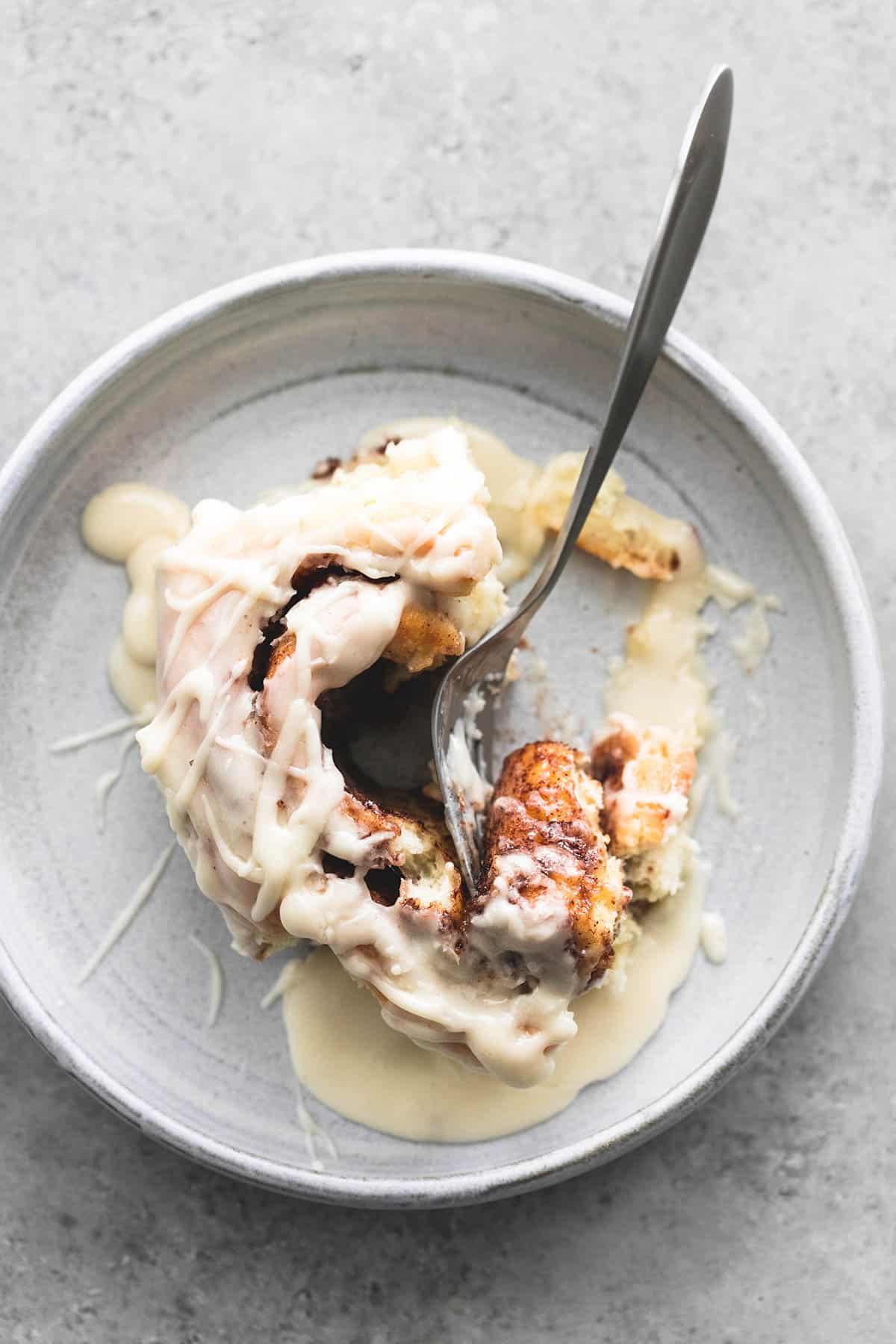 If you’re a beginner to cinnamon roll making or working with yeast, this easy recipe is a great place to dive in. You can make them with or without a stand mixer, the rise time is only 30 minutes, and the recipe is really forgiving so if you get distracted or jump the gun by a few minutes on one of the steps, the cinnamon rolls will still come out amazing. Topped with my very favorite, easy 5 ingredient BEST cinnamon roll icing, these are unbeatable! 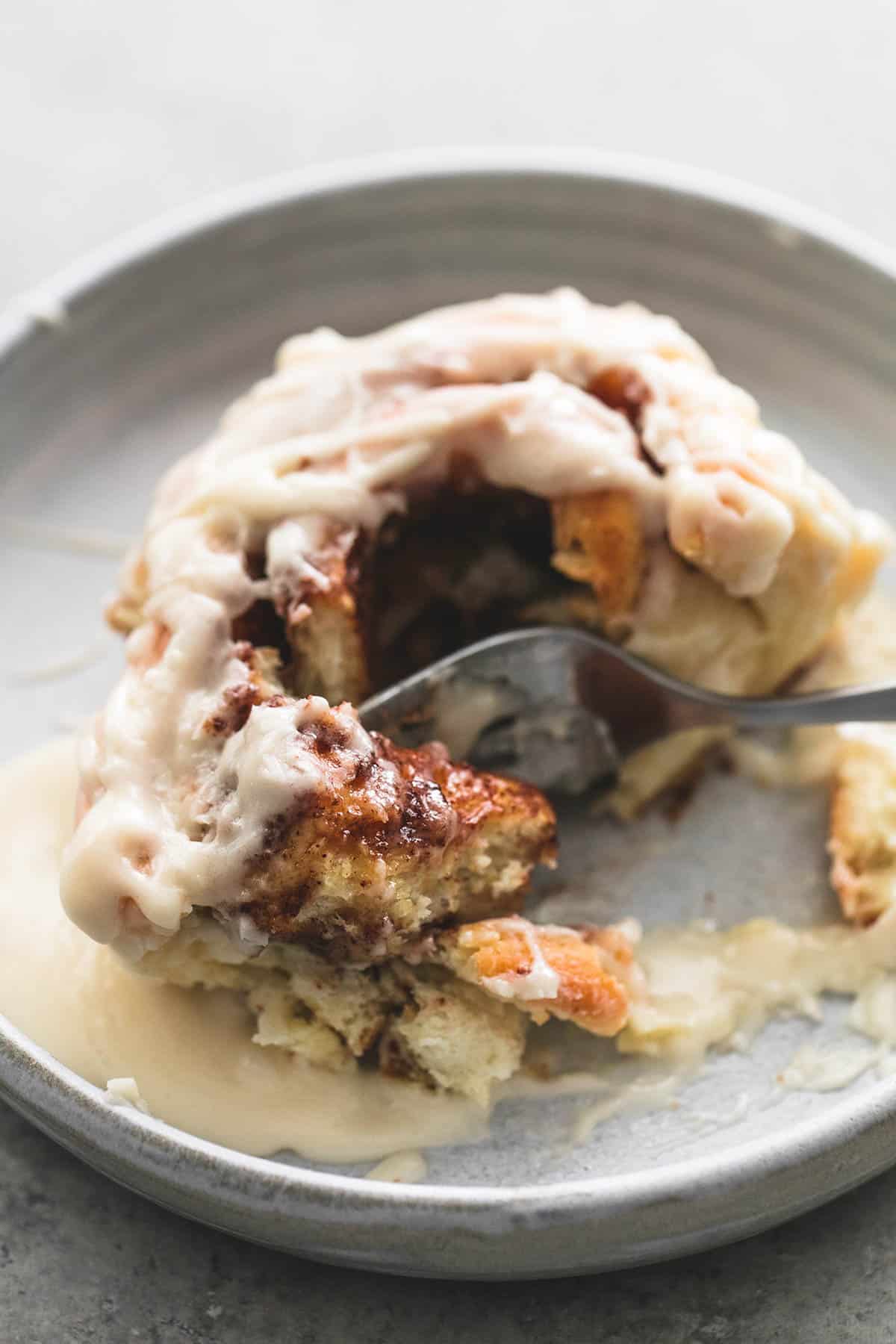 Easy one hour cream cheese cinnamon rolls have cream cheese IN the DOUGH to make them extra soft, super fluffy, and more flavorful!

To cut the dough, my favorite trick is to use dental floss (even minty floss is okay, it won’t flavor your dough). Simply place a piece of floss underneath your dough log at the place you want to cut it. pull both ends up above the dough, criss cross them, and pull tightly to “scissor” cut the dough log. This keeps the dough from getting smashed like it does with a knife.

Recipe adapted from Our Best Bites.

If you like these easy One Hour Cream Cheese Cinnamon Rolls, you’ll love… 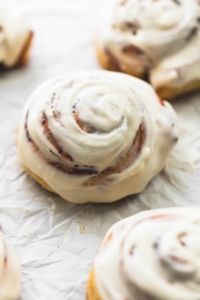 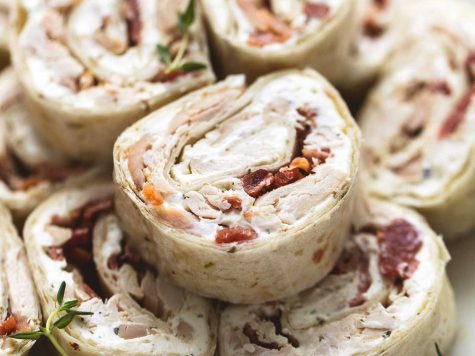 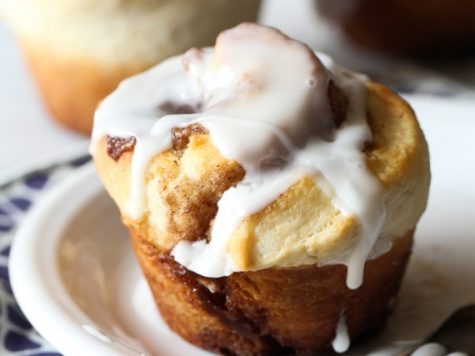 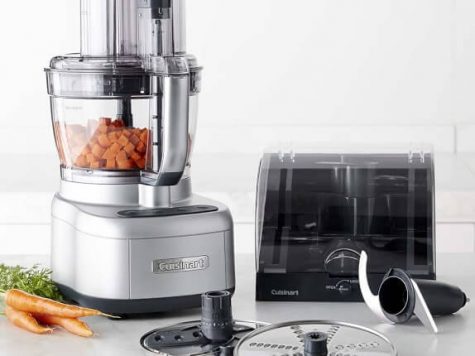 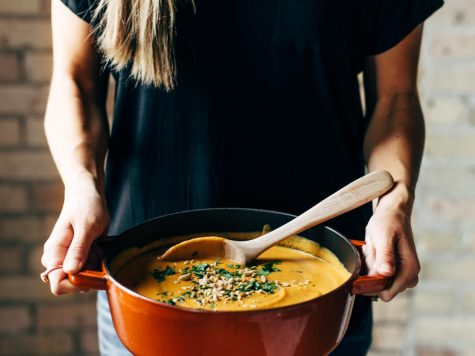 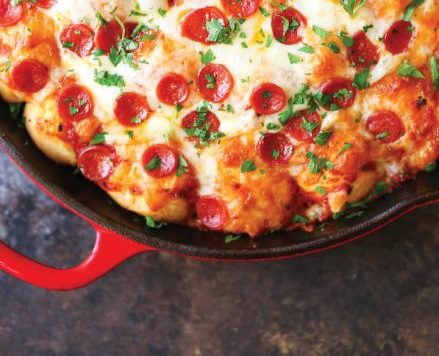 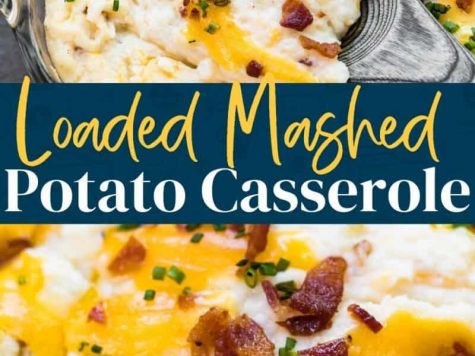