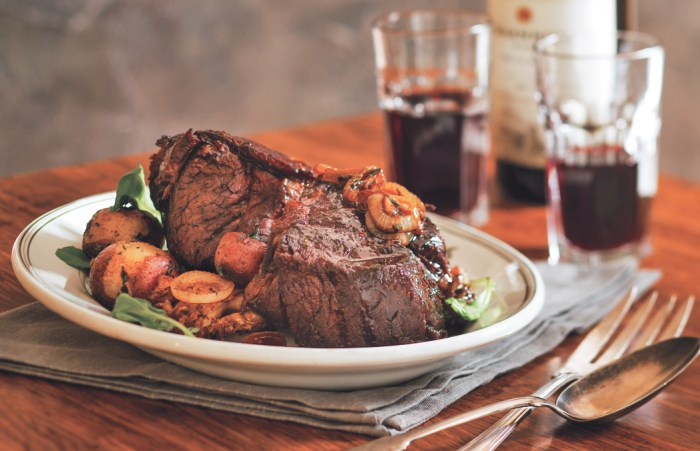 
There’s nothing quite like a hearty beef dish that embodies the term “fork-tender.” You won’t even need a knife when you make braised beef with these eight recipes. They hail from all over the world — Italy, Taiwan, Korea, Britain and beyond — and are just waiting for a cozy spot in a Dutch oven. As a delightful bonus, the aroma of these wonderful dishes will fill your cooking space in the most pleasing way.

This is a somewhat salty side dish meant to be eaten in small amounts with rice and other dishes. While quail eggs are the classic accompaniment, feel free to substitute four chicken eggs. Hard-boil them separately, peel, and add to the pot after shredding the meat, making sure to submerge them in the salty broth so they absorb the flavor.

When it comes to beef, everyone praises steak, but this tender braised chuck roast is the epitome of the cow for me. From an early age, I saw how a big pot of braised beef encouraged families to sit down and share food in a way individual steaks never could. Think of this dish as an elevated pot roast. Serve it with the wild mushroom steak sauce, or surround it with seasonal sides like boiled or butter-braised potatoes in the winter, roasted asparagus in the spring and fresh sliced tomatoes in the summer.

I grew up on the Bayou never strayed far because New Orleans has always been, and still is, a hell of a place to cook. Food has more cultural significance here. No matter where in the world early settlers came from—Italy, Spain, Senegal, Haiti—and whether free or enslaved, they assimilated into the Creole culture, embracing everything from language to cooking. That’s why dishes like gumbo and jambalaya have so many ingredients—every culture stirred a bit into the pot. I try to deliver some of that complexity in this one-pot meal while keeping the ingredient list short by using a reduction of naturally spicy Zinfandel with a touch of sugar, a combo that adds backbone and works wonders with the fattiness of the meat.

If Taiwan has a national dish, it is beef noodle soup, which is found everywhere from night markets to traditional dining halls. At beef noodle soup shops, the vendors tend to their enormous cauldrons with great affection, as if raising a child. These are master soups that are never emptied, but only added to — more bones, more onions — to build on yesterday’s flavors. I love the idea of a broth that intensifies over time, the way a wok benefits from being properly seasoned over time and through use.

Brisket really gets Jews talking. The mere mention of the word brings up stories of holidays past, aunts who can’t cook, aunts who can cook, grandmas force-feeding grandkids, etc. While beef was often very expensive in the old country, brisket became a symbol of plenty in North America, where it was more affordable but no less special. This brisket is braised for hours, just as many Jewish briskets are, but we incorporate white wine instead of the more typical red, and butternut squash instead of potatoes. This makes for a lighter, brighter brisket, if such a thing exists, so it’s a better fit for holiday meals served during the warmer months.

Before you walk away from this braised grass-fed beef ragu with creamy polenta recipe after noting a total time of 7 hours and 15 minutes, please take a second look: You’ll actually devote just 15 minutes of active time to making this luscious, filling and oh-so-good winter pick-me-up. The reason why is the good old-fashioned slow cooker. Just fill it up in the morning and walk away. And just in time for an early dinner, all you have to do is pop open a bottle of organic wine, toss a salad and there you have it: dinner.

I made these special dumplings for Lunar New Year during the Year of the Goat. I used braised goat for that batch, and we passed small plates of food around the dining room for a wild dim sum celebration. I adapted this recipe to use our Asian braised short rib that we make every week for our banh mi at lunch. The rich braised short rib stands up to the fierce chili oil and is crazy addictive. These dumplings are steamed instead of cooked like pot stickers. We fold them “big hug”–style so they kind of resemble an Italian cappelletti.

I can think of no better example than oxtails or shanks to demonstrate the virtues of traditional slow braising. Inexpensive, with tons of connective tissue, these cuts must be braised to reveal their beautiful character. Here, burnt-onion dashi is the primary liquid. It’s mineral and light, a balance to the red wine, and the collagen-rich cut will make it viscous and lush. 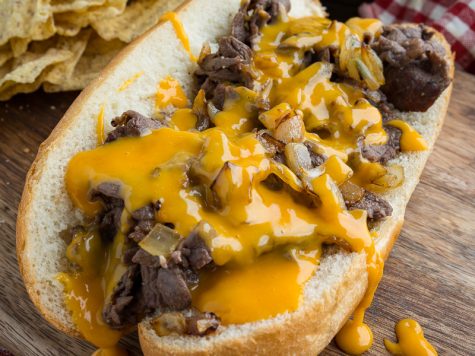 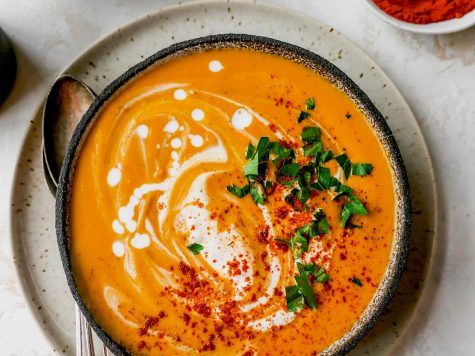 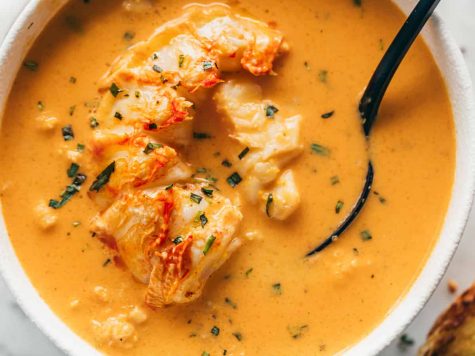 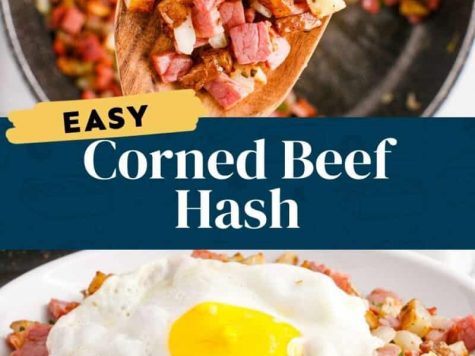 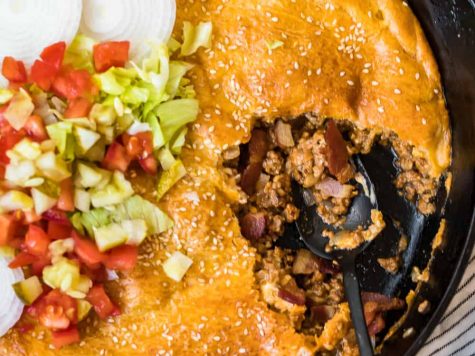